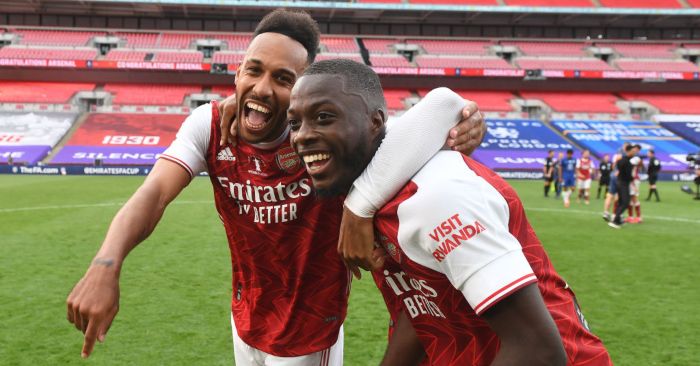 Arsenal have launched an investigation into their own transfer policy after spending £72m on Nicolas Pepe last summer, according to reports.

Unai Emery, who was sacked by the Gunners earlier this season, admitted in May that Arsenal wanted to sign Wilfried Zaha ahead of Pepe.

Pepe has eight goals and eight assists in 42 matches in all competitions since his £72m move from Lille and the huge transfer has come under plenty of scrutiny.

And now ESPN claims that Arsenal have launched an ‘internal investigation’ over the transfer as part of a wider look into their recruitment.

There is ‘said to be no sense of regret’ over the deal – which saw Arsenal pay £20m up front with £52m in instalments over five years – for Pepe despite many onlookers ‘surprised at the size of the fee’.

The report adds: ‘The depth of that commitment has led to a review of the scouting reports and negotiating process which led to such a big deal being sanctioned.’

Officials from other clubs who were interested in Pepe at the time are said to have been ‘taken aback by the amount Arsenal eventually paid’.

Former Arsenal striker Jeremie Aliadiere had his say over the transfer a few months back, he told Goal: “I saw what he did with Lille last season and he is an amazing player. So, I’m not denying his talent.

“What I’m seeing, though, is the most expensive player in Arsenal’s history and even if you don’t want to think about the money, the fact is that money is, unfortunately, a big thing in football.