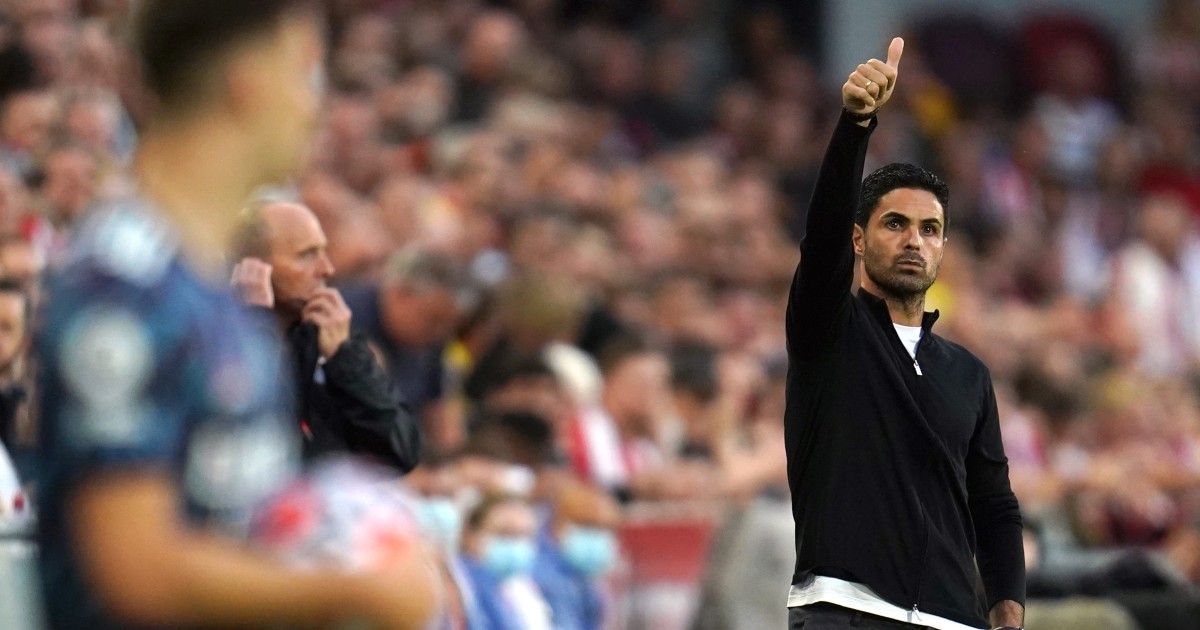 Gary Neville just does not know what Arsenal are anymore and it is difficult to blame him.

The Gunners opened their Premier League campaign with a 2-0 defeat to Brentford on Friday evening, the Bees playing their first top-flight game for 74 years.

Arsenal were undone by goals from Sergi Canos and Christian Norgaard, the latter particularly unflattering on their defensive acumen.

Mikel Arteta went into the season under immense pressure to deliver on the promise of his first few months in charge at the Emirates, which were crowned with glory in the 2020 FA Cup final.

He is now among the favourites to be sacked after a defeat from which he admitted Arsenal didn’t “deserve anything different”.

“They scored from a long throw-in and we didn’t have enough presence in the box,” the Spaniard added.

Neville gave a damning assessment of the club after the game, saying he doesn’t “get the strategy” or the “direction”.

“They’ve been messed around,” Neville told Sky Sports. “A game of football is really difficult if your centre-backs are getting messed around by the opposition forwards and that’s happened from minute one tonight.

“Arsenal fans will go away from here tonight thinking ‘we’ve been bullied’.

“I don’t know what the plan is at Arsenal. The recruitment has been really poor. They are just poor at it compared to other clubs.

Carragher, who spoke of his relief at Liverpool not following up on previous interest in White, added on the second goal, scored by Christian Norgaard from a throw-in: “How would you describe Arsenal’s defending here? It’s just Arsenal.

“If you’re taking the shirts off Arsenal and you were asking me ‘who will concede a goal like that?’, the first team which would come to mind would be Arsenal.”