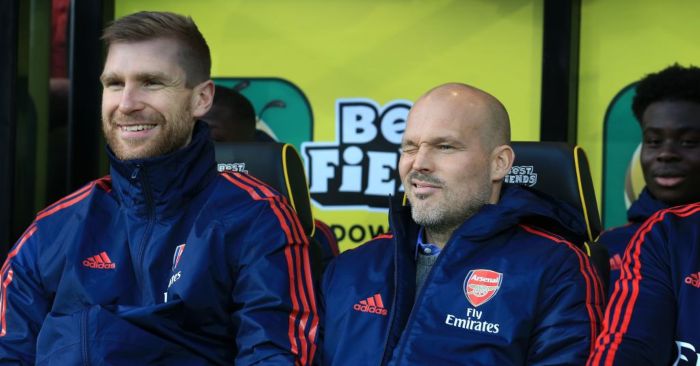 Arsenal legend Tony Adams has questioned Per Mertesacker’s role at the club after he joined Freddie Ljungberg’s coaching staff rather than focusing on his permanent job as academy manager.

Mertesacker was on the touchline along with interim boss Ljungberg to oversee the Gunners’ dismal 2-1 loss to Brighton.

The former Arsenal centre-back has been assisting Ljungberg with first-team training and matches, but Adams insists he is much more valuable working with the youth team.

Speaking to Premier League Productions Adams said: “Per Mertesacker is the academy director. The club have taken him out of his role. He’s got to do recruitment for the future of the club. We’ve got to produce players.

“That’s what he’s got to do, concentrate on that. Go and find the players, go and sort that out. You can’t take him out. What’s the academy doing at the moment?

“How long does this continue, did it (Mertesacker helping Ljungberg) really affect it? I think I’ve made my point.”