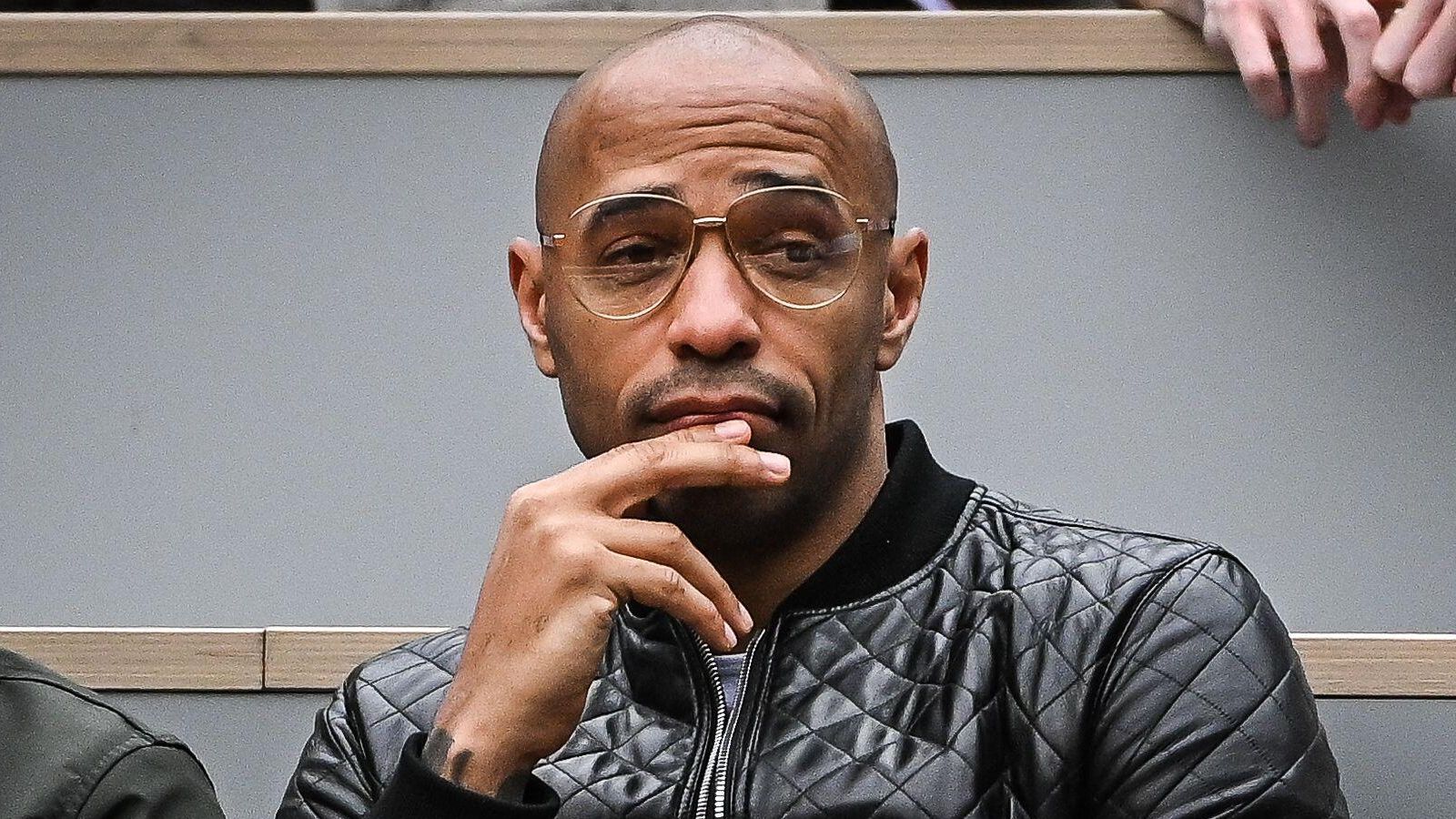 Arsenal icon Thierry Henry thinks football “has so much to learn” regarding its use of VAR as technology is currently draining “joy” from the game.

The World Cup winner has insisted that he is not against technology, but he is concerned by how the speed of reviews are affecting how fans enjoy the game.

The Gunners legend believes at the moment there is a gulf between the current practice and the potential when it comes to technology.

“In football we’re still behind, we have so much to learn,” he said. “What I can see in American football, in rugby, in cricket or whatever it is, tennis, it’s instant.

“We also know that the referee will give you an explanation, they have a microphone, they talk. Obviously in tennis, are you going to battle with the decision of the computer? If you start to do that, then you’re in trouble.

“With VAR, what I get annoyed with is it’s not quick enough. Then it’s still the decision of someone in a truck or wherever they are, because it’s not VAR that makes the decision, VAR is just there to recall the situation.

“What’s annoying is when you get lost in translation, when someone tells you something, another one, the rule changes the week after, it can become tough. We have a lot to learn in football.”

Henry was speaking at the Leaders Week sport business conference at Twickenham Stadium, reflecting on a prolific career that included 228 goals for the Gunners in all competitions.

He joked he was a vocal player and would have “complained about the grass, the wind, myself, the coach, the weather, even if there was a computer, I would have said it’s lying”.

Still, as an observer of the modern game and assistant coach of the Belgian national team, Henry was genuine in his frustration about video reviews that seemed to suck any momentum out of the sport.

“What we want to see is the game going on,” he said. “Another thing that’s very difficult for me is I used to score goals as a player. Sometimes [now] you don’t even know if you need to jump.

Though Henry’s thoughts vary when it comes to VAR, his enthusiasm for a different innovation, VR, are more unbridled.

Henry is an investor in Rezzil, a training technology which uses VR headsets to allow elite athletes to train remotely, from drills to rehabilitation exercises. He believes it has “limitless” potential.

“Five minutes or 10 minutes before a game, to review something,” said the 45-year-old.

“Now you consider the goal, you’ll be playing it, you’ll be having it in your head instead of playing it from another view, you have it from your view from that day.

“Instead of replaying it in your mind, you have it. It’s there. It’s you again, considering the goal, and then you work with that. If I was a player, oh my god, I would have used every single minute of it.

“Every single way for me to get a yard, half a second ahead of someone, or understand what happened better than the other guy I would have used this.”