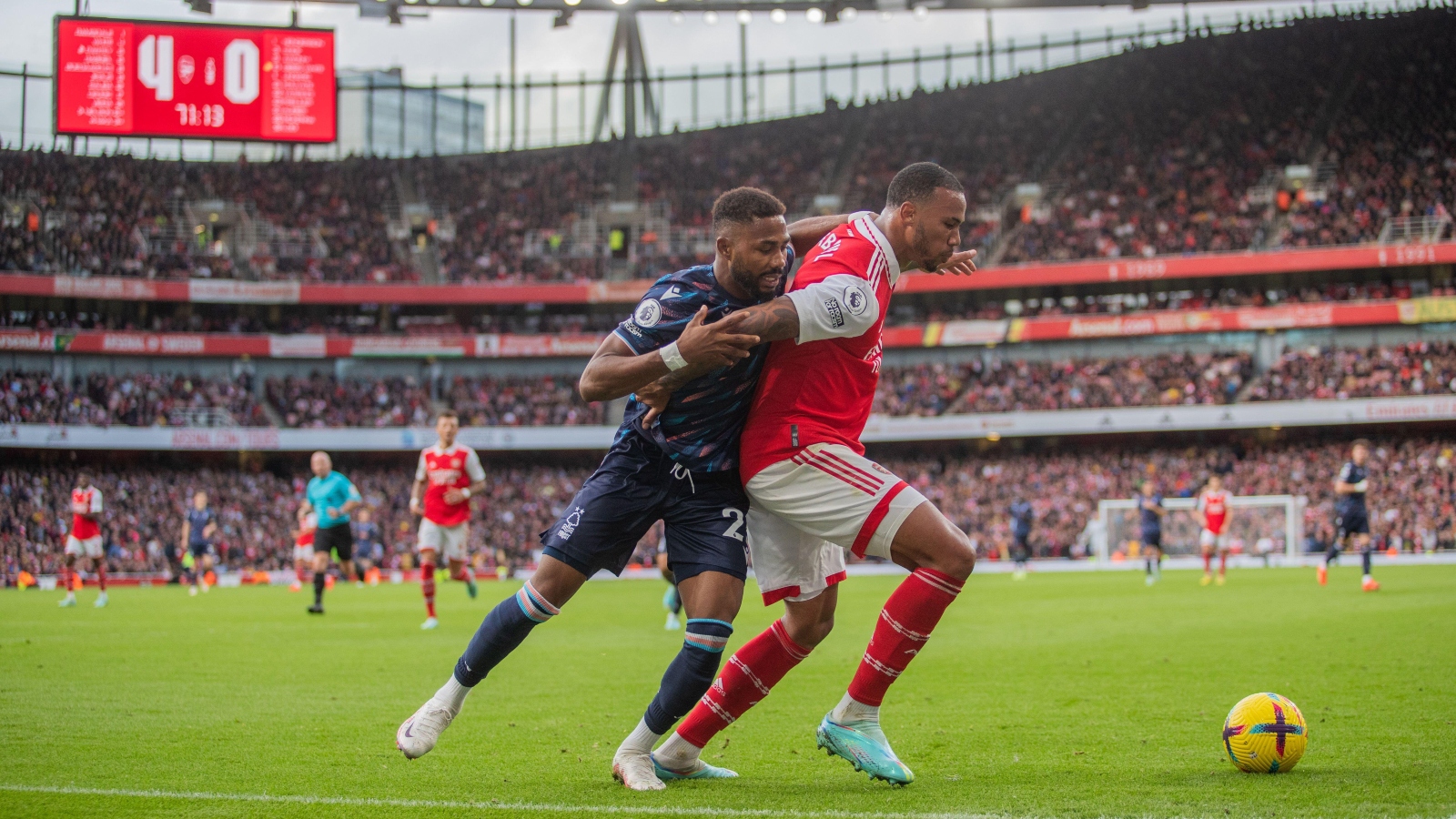 Gabriel joined the Gunners from Lille for a fee in the region of £23million in 2020.

The 24-year-old has been solid since moving to England and recently penned a new five-year contract extension.

He was linked with a move to Juventus in the summer transfer window, but a deal failed to materialise.

Despite looking like a very solid defender most of the time, Gabriel is arguably the least reliable and most inconsistent player in Mikel Arteta’s defence.

During Sunday’s emphatic 5-0 win over Nottingham Forest, the Brazilian centre-half had a moment of madness in his own box.

He skewed a pass intended for Granit Xhaka into the direction of Forest midfielder Jesse Lingard, who failed to take his side’s biggest chance of the game, with Ben White saving Gabriel’s blushes with an outstanding block.

Arsenal legend Wright was reluctant to pick out an Arsenal player who is potentially a weak link, but admitted that Gabriel makes him feel nervous at times with some of the “weird” things he does on the pitch.

“That is the only thing, for me, if you are going to be critical of Arsenal’s defence, then you would probably say it’s with someone like Gabriel.

“He does things which just make you a little nervy and that was another one.”

Gabriel played last season alongside White in the heart of Arsenal’s defence.

In 2022-23, however, the Brazil international has been partnered with William Saliba.

The Frenchman spent last season on loan with Marseille, where he was a roaring success, being named Ligue 1 Young Player of the Year as the club qualified for the Champions League, something Arsenal failed to do.

After agreeing a new contract with Gabriel, the Gunners are prioritising agreeing fresh terms with Saliba.

Reliable journalist David Ornstein reported on Monday that an offer has been put on the table.

Ornstein wrote for The Athletic: ‘There is no agreement so far but the dialogue will continue, as the north London side try to tie down a player who appears fundamental to Arteta’s team and has many admirers across Europe.’

The 21-year-old’s current deal expires in 2023, but the club have the option to extend it by a further year.

His long-term future in north London was up in the air after failing to make a first-team appearance in three years as an Arsenal player.

Saliba joined in 2019 but was sent back on loan to Saint-Etienne for the following campaign as part of the deal.

After failing to impress Mikel Arteta, he was loaned out again, this time to OGC Nice halfway through 20-21 after making several appearances for the club’s under-21s.

The decision to loan him out to Marseille frustrated fans, who thought he should have stayed in London, or been loaned out to another English club.

It was a masterstroke from Arteta, however, who admitted Saliba would not have played nearly enough with Arsenal not competing in Europe last term.

Saliba flourished with Marseille and fans will look back at his 21-22 campaign as an integral one in his development.

READ NOW: Klopp finished? This is his chance to prove he’s the next Sir Alex Ferguson…