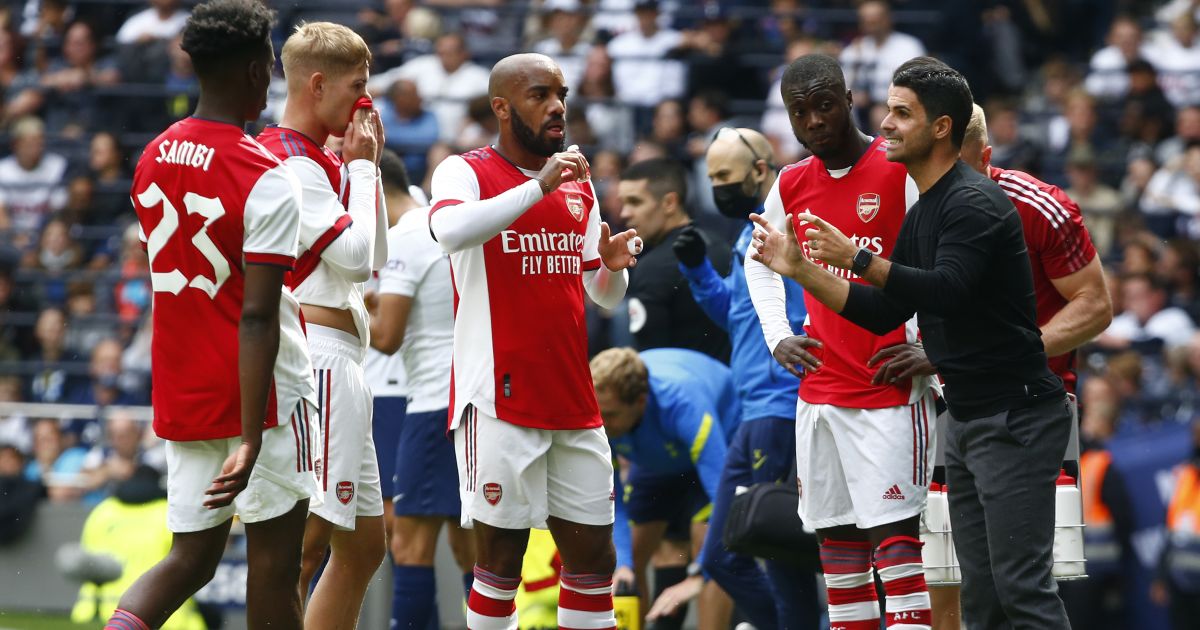 Arsenal legend Alan Smith thinks the Gunners might be able to “exploit” Emerson Royal and Cristian Romero in the north London derby at the weekend.

After a terrible start to the season – losing their opening three Premier League matches – Mikel Arteta’s side are now playing themselves into a bit of form.

Arsenal have beaten Norwich City and Burnley in their last two Premier League fixtures before brushing AFC Wimbledon aside 3-0 in the Carabao Cup on Wednesday.

Their north London derby opponents Spurs, in contrast, have gone the other way. After winning their first three matches of the season 1-0, Nuno Espirito Santo’s side have lost their last two Premier League fixtures.

And former Arsenal striker Smith is predicting a really interesting battle when the Gunners and Spurs clash at the Emirates Stadium on Sunday.

“It’s going to be interesting to see Arsenal’s attack against Tottenham’s defence, given those creative players and if Arsenal can get Pierre-Emerick Aubameyang moving and making good runs and playing with confidence,” Smith told Sky Sports.

“Tottenham have got a couple of new boys in Emerson Royal and Cristian Romero and that might be an area that Arsenal can exploit, perhaps down the left flank.

“Just like Spurs, that’s the strength for Arsenal: the creative players they’ve got. They’ve got energy, ideas, real talent there.

“In the coming weeks, if those creative players just behind Aubameyang can build up a relationship with the centre forward, then you’re in business. But so much depends on Aubameyang.

“If it’s all falling down with him, if he’s not making the runs, if he’s not finishing his opportunities, then all that creativity comes to nothing.”

Shebahn Aherne and Kyle Walker on Early kick-off decide who is under more pressure going into the North London derby this weekend 🤔 pic.twitter.com/HlT4sFJmQR

Meanwhile, Arteta was pleased to keep their winning run in all competitions going on Wednesday night with victory over Wimbledon.

Asked how key the winning momentum could be this weekend, Arteta replied: “Really important.

“Confidence rises, competition brings the best out of you when you have difficult moments and the boys have managed to win three games in a row so credit to how they have handled the situation and now they are obviously looking forward to play on Sunday in what is our biggest game of the season.

“As long as we were 1-0 up obviously they were still in the game and in a set-piece situation you can concede a goal. We knew that we had to close the game down and we did it in the end and looked comfortable.”