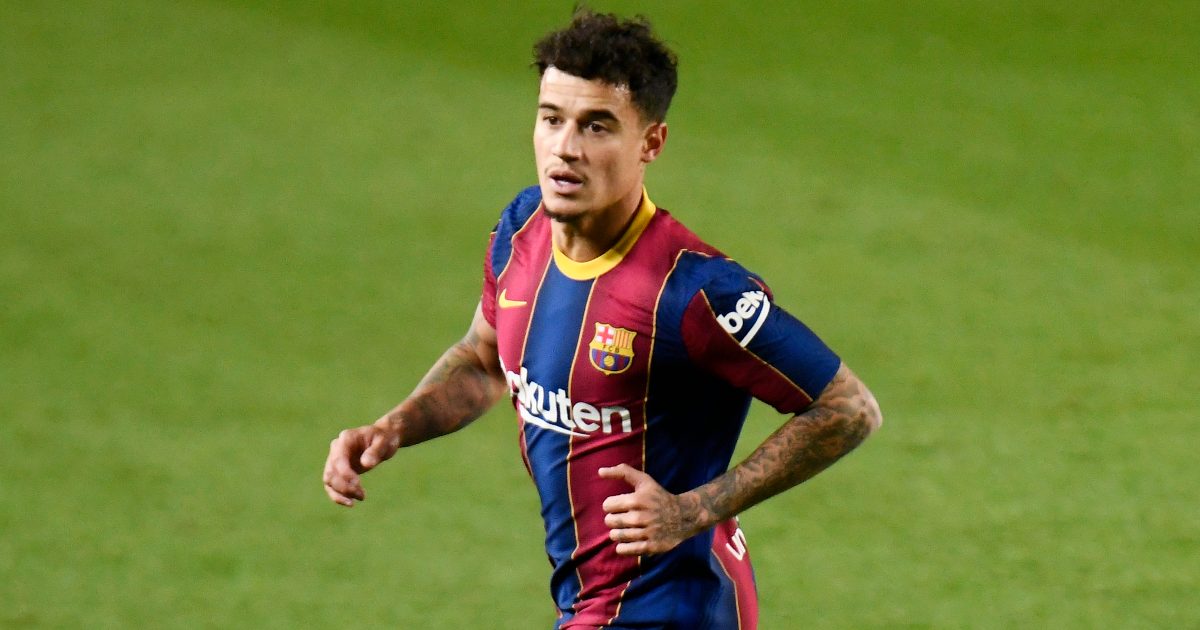 Coutinho first moved to the Premier League in 2013 as he joined Liverpool from Inter Milan.

The Brazillian enjoyed five great years at Anfield as he established himself as one of the best players in the Premier League.

The 28-year-old’s time at Barcelona has not gone to plan as he has been in and out of the team. He also spent the 2019/20 campaign on loan at Bayern Munich.

Coutinho returned to Barcelona this season but he only featured 12 times in La Liga as his side finished third behind Atletico Madrid and Real Madrid.

The midfielder has been linked with a move to Arsenal in recent months. Winterburn has said that Coutinho has not impressed since leaving Liverpool:

Winterburn added that Arsenal should give Joe Willock a chance to shine after he impressed on loan at Newcastle:

He continued: “Willock went on loan to get a lot more game time in the Premier League and he’s done that.

“It’s difficult to assess them sometimes and that final step into the first team, we’ve seen it with [Bukayo] Saka who’s been a revelation.

“But, one or two of the younger players who have been given a taste haven’t managed to make the step like Saka.

“Willock has been very strong in the cup competitions, but in the Premier League he hasn’t hit those heights for Arsenal.

“On the flip side, it might be down to the amount of game time he’s getting at that level, but he’s shown what he can do at Newcastle.

“He’s a player I really like, so I hope he is given a chance to come in and fill that role.”