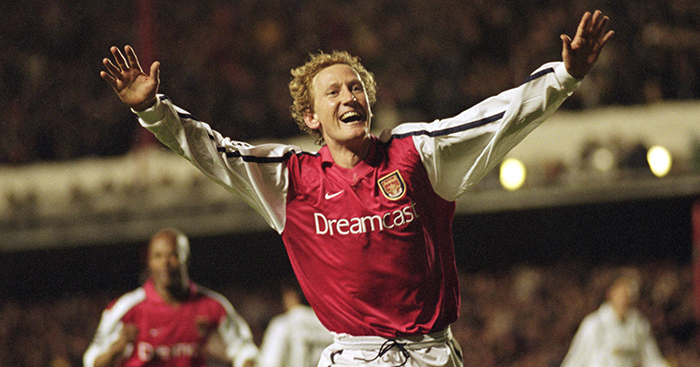 Arsenal legend Ray Parlour has suggested that Gareth Bale will be a better signing for Tottenham than Thiago will be for Liverpool.

Both deals are said to be very close to being completed. Upon being finalised, Tottenham and Liverpool will be making real marquee signings.

Bale is close to making his long-awaited return to Tottenham on loan. The Welshman departed in 2013 in a then world-record deal worth around £85-million.

The 31-year-old has had a mixed time of it in Madrid. He has suffered a lot of injuries and he has fallen down the pecking order under Zinedine Zidane.

Bale’s record at Madrid is still impressive, however. In his seven years in Spain, he has made 251 appearances in all competitions, scoring 105 goals.

Thiago meanwhile is edging nearer to joining Liverpool from Bayern Munich. Jurgen Klopp’s side have been chasing the former Barcelona midfielder all summer.

It is said that the clubs have reached an agreement, with Thiago set to join Liverpool for around £27 million.

The 29-year-old has long been one of the most talented midfielders in Europe. The Spaniard was especially good last season as Bayern Munich dominated domestically and in Europe.

Former Arsenal midfielder Parlour has given his opinion on who will have the biggest impact. The Englishman told talkSPORT that Bale is the better signing of the two:

“I think Bale can bring more to the team for Tottenham.

“I think Liverpool are an excellent team anyway and that strengthens the midfield; they’ve got Henderson, Wijnaldum, Oxlade-Chamberlain.

“They’ve got so many good players in there, but Thiago is an excellent signing.

“But I think if you can get the best out of Bale and get him fit, I think Bale will be a better signing.”