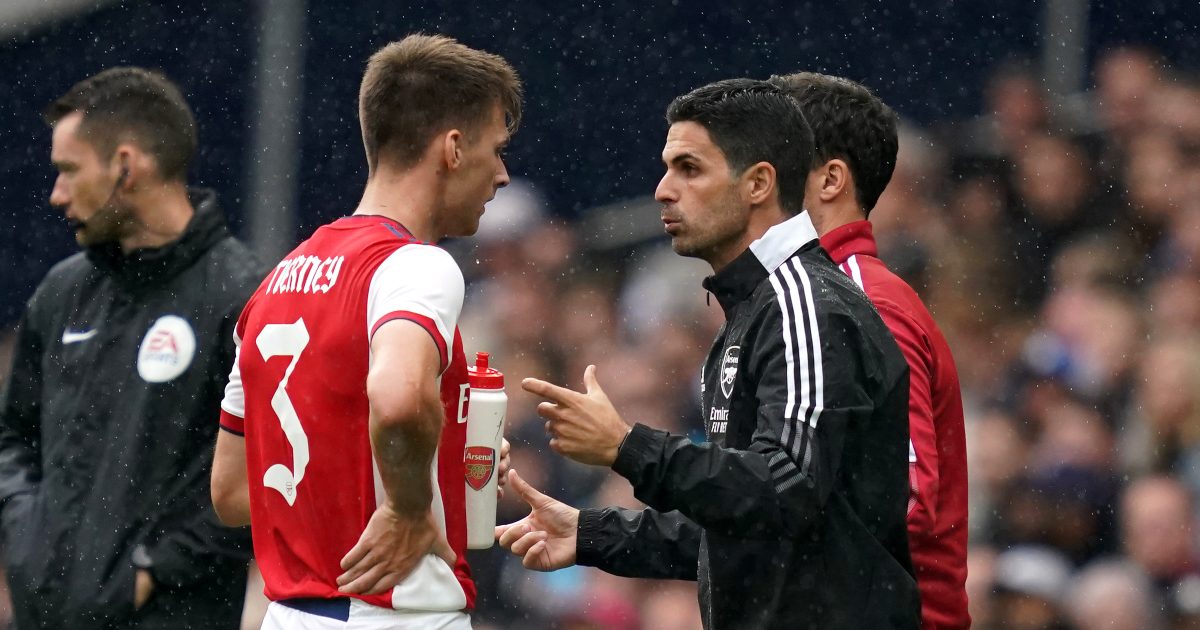 Arsenal legend Martin Keown fears there is a “problem brewing” with Kieran Tierney as he is worried that Mikel Arteta does not “believe” in the defender.

Tierney had a period on the sidelines in his debut season but he hit the ground running when he returned to full fitness.

Arsenal finished the 2019/20 season strongly and Tierney shone as he helped them win the FA Cup for the fourteenth time.

The defender featured 38 times last term and he was one of Arsenal’s standout players in what was a disappointing season on the whole.

Nuno Tavares joined Arsenal during the summer from Benfica. He has featured more than Tierney this season and the new signing started versus Man Utd on Thursday night.

As quoted by HITC, Keown has urged Tierney to not become a problem for Arteta:

“I think that’s a mystery. Tavares has done exceptionally well. Maybe the manager doesn’t believe in Tierney as much as we might believe in him.

“[Tavares] made a few mistakes at Anfield and the manager said; ‘I’m not gonna drop him’. I think there’s a problem brewing with Tierney.

“He’s a real quality player, he’s a leader. The type of defender the Arsenal fans have wanted for years and now he’s not in the team.

“Tierney is not been near to coming on in any of the games [recently]. He’s got to keep his head down keep working and not become a problem for the manager.

“He doesn’t strike me as the sort of lad who’s going to stick around if he doesn’t get a game of football.”

“Kieran Tierney in the way he reacted at the end of that game, he’s a future captain for our club.

“Yes we know what Pepe did was silly and he will very much regret that. But Tierney could not deal with the fact that a professional done that to another professional player, dived.

“Seeing somebody else talking to him, that really riled Kieran Tierney up, he’s not having that.

“You look at Tierney, it’s the attitude and the mentality that Arsenal need right now, not enough around him maybe, in his eyes, have got that.

“That’s why he went and approached Alioski to say to him you’re out of order.”