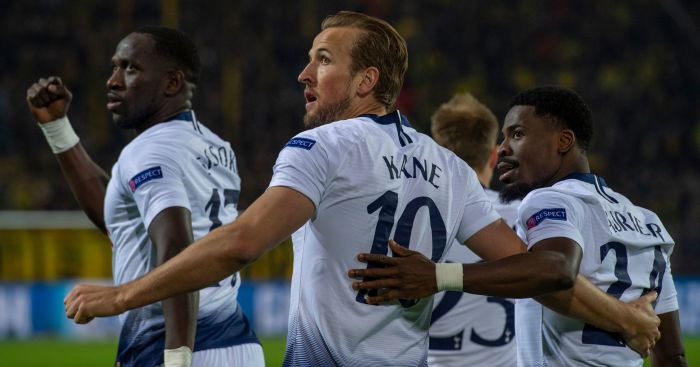 Arsenal legend David Seaman has sparked controversy by admitting that he would like to see Tottenham win the Champions League this season.

Spurs eased into the quarter-finals of the Champions League with a 1-0 win away at Borussia Dortmund on Tuesday night to secure a 4-0 aggregate victory over the Germans.

And Seaman says he would want Tottenham to win the competition if they came up against foreign opponents in the final.

On talkSPORT Max Rushden asked Seaman: “How great David, if Tottenham were to win the Champions League, how brilliant would that be?”

Seaman replied: “I know, that’d be ace, wouldn’t it!

“No seriously, I swear, I would want them to win. If they were in a final against a foreign team I would want Tottenham to beat them, no doubt about that.

“Say Tottenham were playing Bayern Munich, Barcelona, whoever – I would want the English team to win.”

Rushden then asked Seaman: “Did you want United to beat Bayern Munich in ‘99?”

“Of course I did, there’s no question about it,” replied Seaman.

“I played 75 times for my country, I’d want the English team to win. That’s just the way I am.”