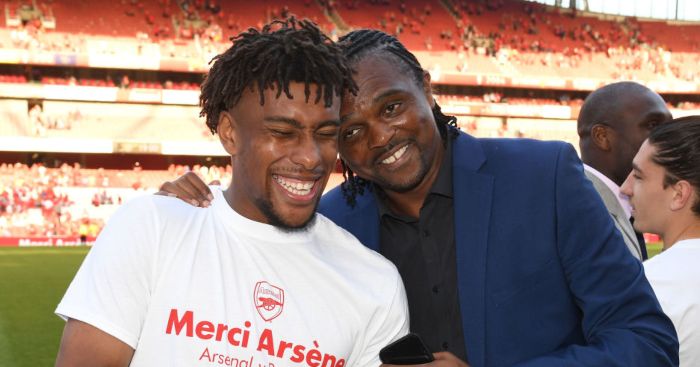 Nwankwo Kanu believes Arsenal “made a mistake” in selling Alex Iwobi to Everton.

The Nigerian has since explained the reasons behind his departure but compatriot and former Gunner Kanu says it “was a shock” that Arsenal let him leave.

The club stand to earn up to £34m from the deal but Kanu feels Iwobi was priceless due to what he represented.

“He’s a boy who, in and out, is Arsenal. He always wanted to do his best for the club. He loves the club, but not only that he can play football.

“What he brings week in, week out, the fans need to appreciate that.

“I think he is still young and those are the type of people you want in the team, people who grew up here, who knows everything about the club and wants to die for the club.

“He was one of them, so for us to lose him and to let him go, was a shock. I couldn’t really believe we did it, but that’s football.”