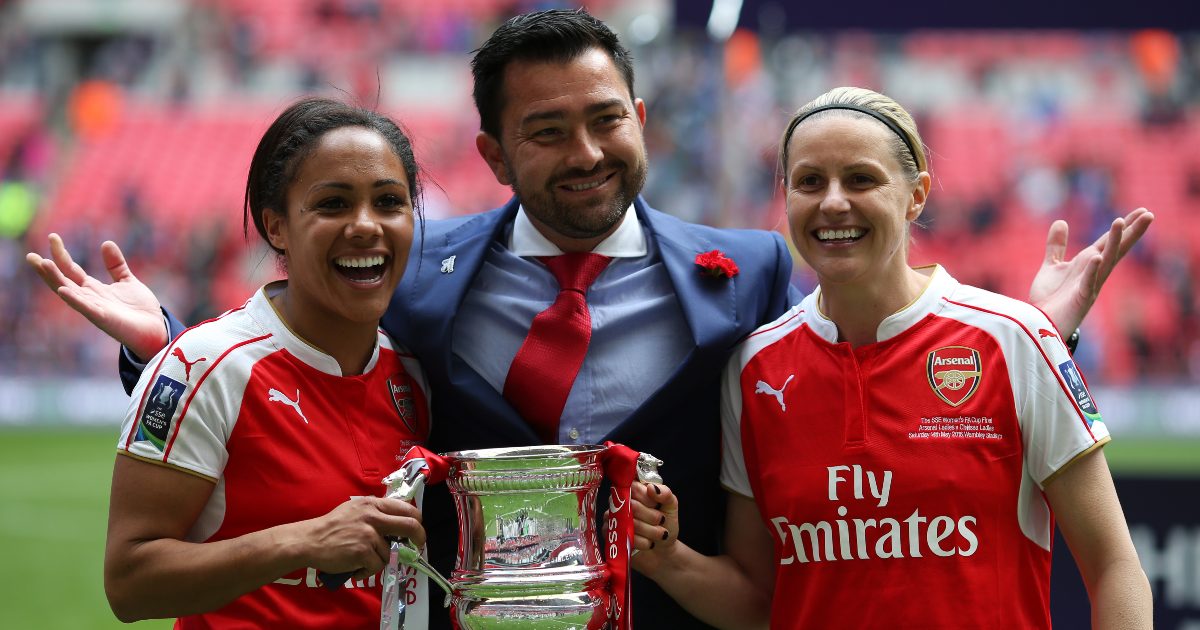 Ex-Arsenal striker Kelly Smith believes that Laura Harvey could be the ideal candidate to replace Joe Montemurro this summer.

Harvey quit to join Seattle Reign, where she won two NWSL Shield titles and was twice awarded the NWSL Coach of the Year.

The Gunners are looking for a replacement for Joe Montemurro, who will leave at the end of the season, and Smith feels Harvey should be a candidate.

“One I’ve been thinking of is Laura Harvey, who has a vast amount of knowledge in the league, she was at Birmingham and coached at Arsenal before,” said the former Gunners and England star.

“She’s got a load of experience coaching in the USA at Seattle and is the current Under-20s USA coach and she’s very well respected in the women’s game here and there.

“It’s whether Arsenal could tempt her back and if she wants to come back to England.”

Montemurro announced he was leaving the club after four years having led the club to their first WSL title in seven years in 2019.

Former US World Cup-winning coach Jill Ellis and ex-Wales manager Jayne Ludlow have been linked to the job and Smith believes the new TV deal worth between £7million and £8million could tempt the top coaches.

She said: “Jill Ellis is one of the best coaches in the world, who is probably available right now, its just whether she is interested and wants to come to England.

“The package has got to be right for her, I don’t know if she’s interested but the league is now going to draw world-class coaches because of the professionalism and the TV deal and the competitiveness.

“It could be in the pipeline for her.”

Smith was speaking as Smart Energy GB launched the ‘Energy Fit for the Future’ campaign to encourage people to install a smart meter in their homes.

“You need to roll with the times and you can’t perform to your best with outdated technology,” she added.