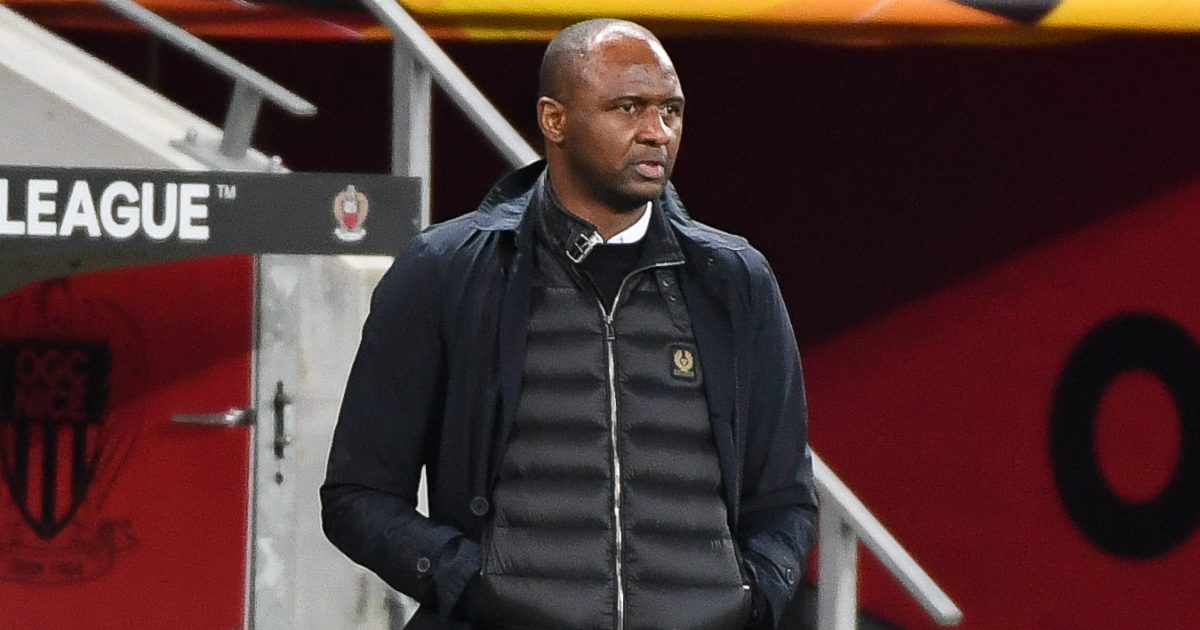 Arsenal legend Patrick Vieira has “signed his contract” to become Crystal Palace’s new manager ahead of the 2021/22 season, according to reports.

Roy Hodgson left Palace after just short of four years in charge at the end of the 2020/21 campaign.

Nuno Espirito Santo was linked with the vacancy before he took over at Tottenham Hotspur.

Vieira’s links with Crystal Palace were first reported at the end of June.

Vieira left his role at the Ligue 1 side in December 2020 after 89 games in charge.

Fabrizio Romano has revealed via Twitter that Vieira has now “signed his contract” and he is set to be announced as Crystal Palace’s new manager.

Patrick Vieira has signed his contract as new Crystal Palace manager. The agreement on a three years contract has been reached and completed, official communication from Patrick Vieira media team confirms. 🔴🔵 #CPFC #Vieira

Ahead of this appointment, former Palace chairman Simon Jordan has claimed that bringing in the Arsenal legend could be “foolishly brave”:

“This is a very brave decision.

“He’s not experienced in management in English football and managing Nice and New York City – with the greatest respect – aren’t blueprints because neither of those jobs were outstanding in terms of his attainment level.

“It is a risk. If I was taking the risk and looking down the list of available managers, I would make more of a case for Frank Lampard if I was moving in that territory.

Crystal Palace are in a state of flux, they have got half their playing squad out of contract.

“They have had a managerial roster that has been pretty safe and sound with one departure being Frank De Boer, which they rectified very quickly.

“If you look at it, it has been (Sam) Allardyce, (Tony) Pulis, Hodgson and (Alan) Pardew, all established English, Premier League managers that have been able to stabilise Crystal Palace in the Premier League.

“This is a vast departure and a brave one. Is it foolishly brave? Time will tell.

“I’d be surprised if it happens. If it is offered to Patrick Vieira, I’d think he would pull their arm of their shoulder to get a job in the Premier League.”