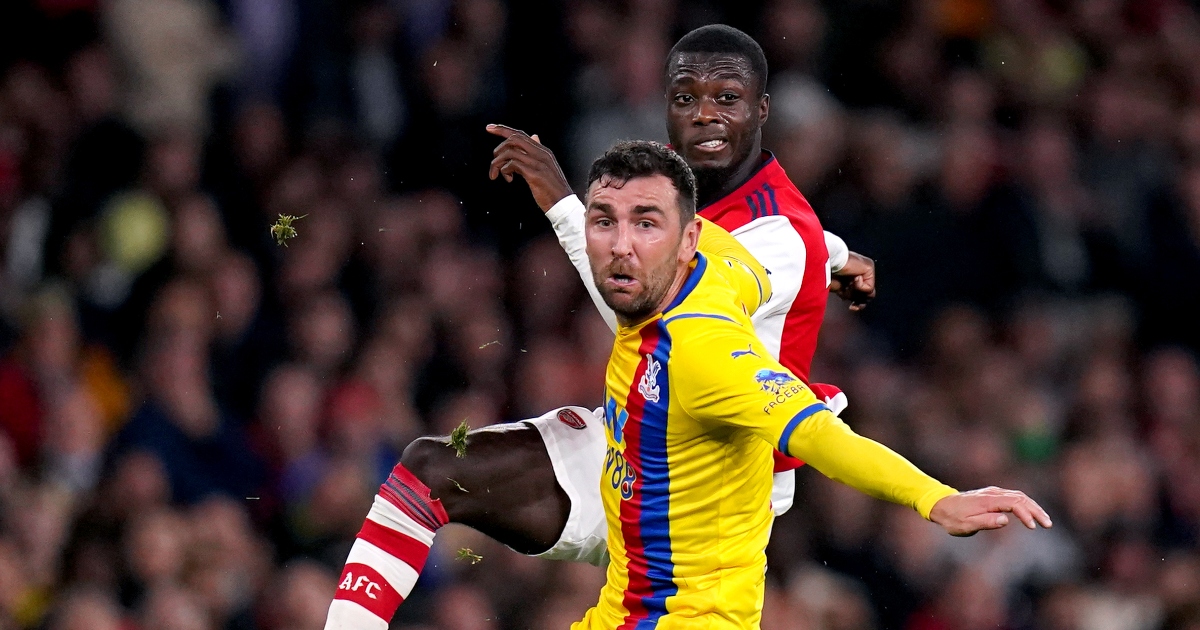 The points were shared at the Emirates in the London derby. Pierre-Emerick Aubameyang had put the hosts ahead before Christian Benteke’s second-half equaliser.

However, the main talking point from the match was an incident in the opening 45 minutes that forced Saka off injured at half-time.

The England star was volleyed by Eagles midfielder McArthur whilst clearing the ball. The Scotsman was given a yellow card by referee Mike Dean, but many believe it should have been a red.

Wright described the foul as “vicious” and is curious as to why VAR did not intervene.

“He [Saka] didn’t reappear because he’s [McArthur] totally volleyed him,” he told Premier League Productions after the match.

“The more you see it the worse it gets because a professional knows what’s happening. When the ball is in the air he’s seen Saka touch it, there’s no way he even looks to hesitate to stop going through with that.

“He can see Saka’s kicked the ball. That’s vicious because he’s absolutely blasted through his leg.

Saka had to be subbed off after this kick by James McArthur.

“How they don’t see that [VAR] is absolutely beyond me.

“It’s crazy, honestly, even without VAR you look at that, it’s a sending off.

“We saw when Saka kicks the ball you pull out, he actually went with even more force. It’s almost like he’s done exactly what he wanted to do. Saka doesn’t come out for the second half because he’s injured, and I think he’s going to struggle to play on Friday [against Aston Villa].

“It’s unbelievable, the referee is right there.”

“He’s [White] got to get closer to him [Edouard] and he doesn’t do it. They’ve done brilliantly to score the goal,” he also told Premier League Productions.

“Pepe was very disappointing again and once they scored, Arsenal did not take it to Palace.”