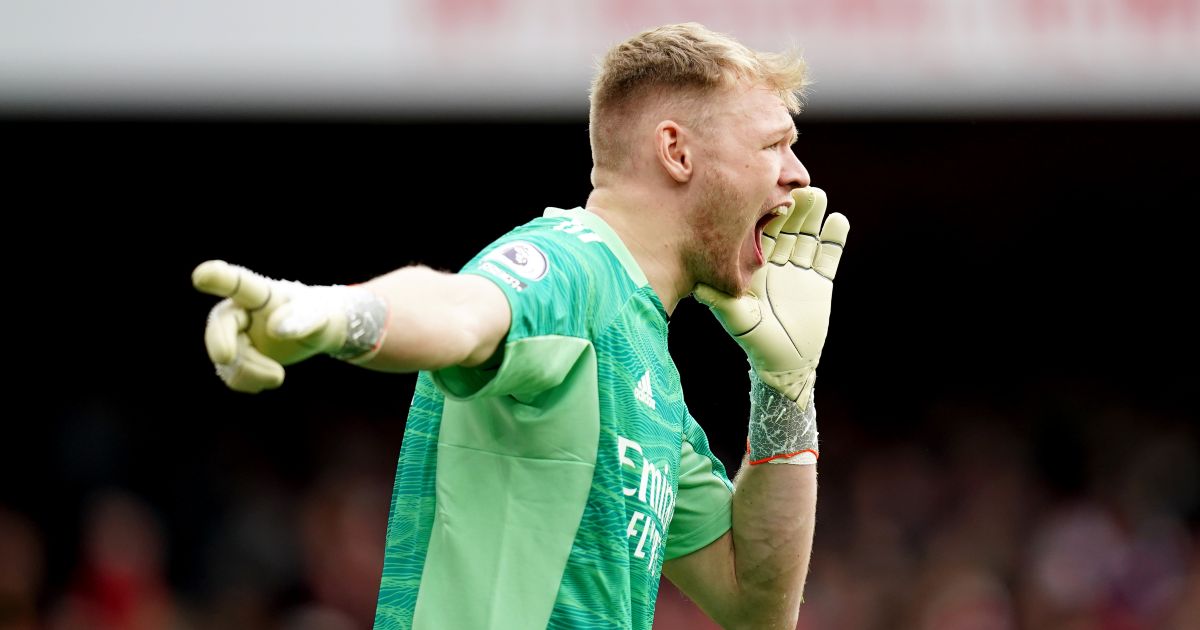 Arsenal legends Bob Wilson and David Seaman are in agreement that Aaron Ramsdale should stop “publicly” criticising defenders who make a mistake.

Ramsdale moved to the Gunners in the summer from Sheffield United in a deal that could reach £30m after the Blades were relegated from the Premier League.

His signing was greeted with moans from a good chunk of Arsenal fans with two Premier League relegations on his CV from the previous two seasons after also dropping into the Championship with Bournemouth the campaign before.

But he has proved his doubters wrong so far, with as many clean sheets (10) as Liverpool goalkeeper Alisson this season and just two short of Manchester City’s Ederson, who has the most in the division.

Ramsdale’s personality on the pitch has also endeared him to the Arsenal faithful with the England international celebrating goals wildly, backing up his team-mates on the pitch and being generally vocal.

However, legendary goalkeepers Wilson and Seaman both think that Ramsdale should tone down the “yelling” at his defenders when they make a mistake.

Wilson told Seaman’s podcast: “I would have one word with him at this moment to say, ‘You’re doing brilliantly Aaron. The save at Leicester was sensational, one of the great saves ever… but there is one thing you need to restrain from doing and that is definitely yelling so publicly to those in front of you who make a mistake’.”

Seaman added: “Good point. I totally agree. I had this code with my defence, we don’t shout at each other. If you make a mistake, we talk about it afterwards.

“He does need to be just a little bit aware. At the moment he’s not making mistakes. If he does make a mistake, then because he is having a go at his defenders, it gives them a right to have a go back at him. I don’t feel that gains anything on the pitch.”

Wilson continued: “It’s the only criticism I have of him. His distribution at the moment at times is amazing as well.

“I’m sort of in awe of him. Although I was admiring the way he has dealt with the Bournemouth and the Sheffield United situations, I could never have predicted that he would hit the ground running the way he has and been instrumental in Arsenal being in a fourth or fifth position.”