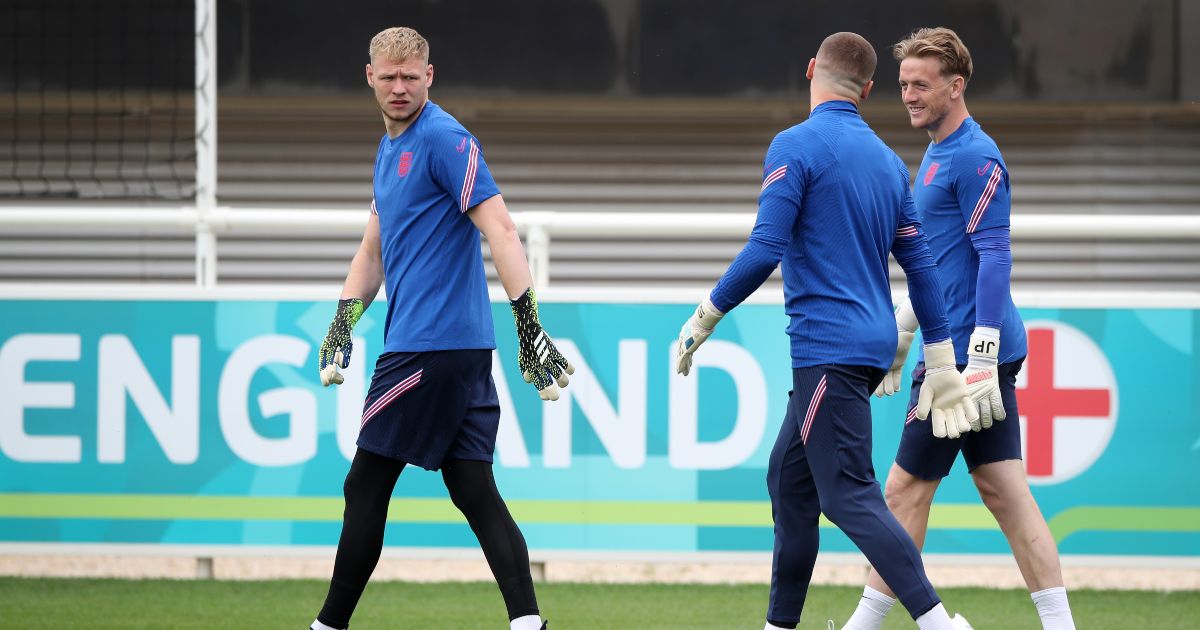 Bernd Leno’s future at Arsenal is up in the air amid reported interest that the Gunners want to bring Sheffield United goalkeeper Aaron Ramsdale to north London.

The Blades stopper was drafted into the England squad on Tuesday after Manchester United goalkeeper Dean Henderson was forced to withdraw with a hip problem.

Ramsdale remains uncapped at senior level having been part of Gareth Southgate’s initial 33-man provisional squad for the European Championship before being cut.

The 23-year-old has ended the season on the high with his England call-up coming off the back of a number of impressive performances for Sheffield United – despite their relegation – where he won their Player of the Year award.

Those displays coupled with his England recognition have seen him linked with Wolves and Tottenham this week with Spurs looking to blood a future Hugo Lloris replacement.

And now Sky Sports claim that the Gunners have joined the race for Ramsdale with the former Bournemouth man ‘one of a number of goalkeepers Arsenal are looking at.’

Arsenal ‘remain interested in Brighton’s Mat Ryan’ but their ‘interest in Ramsdale throws into doubt the future of Bernd Leno’.

Meanwhile, The Times add more meat to the bones as they claim that the Gunners ‘have discussed a fee in excess of £20 million with Sheffield United’ for Ramsdale.

Arsenal ‘want him to challenge Bernd Leno’ but it would be unlikely that the German would settle for being second choice if Ramsdale jumped ahead of him.

The Times adds that Sheffield United ‘want to make a profit on the player, who is keen on the move, and are valuing him at about £24 million’.

On his call-up for the Three Lions, Ramsdale told the Official England Podcast: “I was imagining what it would be like (to play) at Wembley, either a full crowd or the capacity it is at for the Euros.

“I tried desperately hard to get a ticket for the first game and couldn’t manage to get one.

“Game one, game two, game three – I just wanted a ticket. I would have gone on my own. I didn’t manage to get it but it is crazy how things work.”