Home All The News ‘Arsenal let Ozil down, not the other way around’ 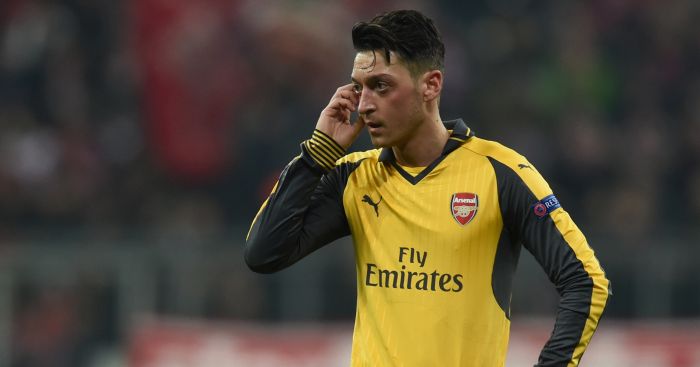 Mesut Ozil was unfairly “singled out” after Arsenal’s Champions League defeat to Bayern Munich, according to Oliver Bierhoff.

Arsenal’s European escapades are almost certainly over after Bundesliga champions Bayern dealt out a 5-1 thrashing in the first leg of their last-16 tie in February.

Ozil came in for criticism after the game, the German not putting in the performance of a player who is requesting a higher wage as part of his current contract negotiations.

The 28-year-old’s current contract expires in 2018, and there has yet to be a decision over his future from either the club or the player.

But Bierhoff is keen to defend his countryman’s efforts from a fortnight ago.

“If I look at Ozil, who was singled out following the 5-1 loss to Bayern, in that match there was not much support for a player like Mesut, who lives on his footballing qualities,” Bierhoff told Sport Bild.

“The team let him down a bit.”