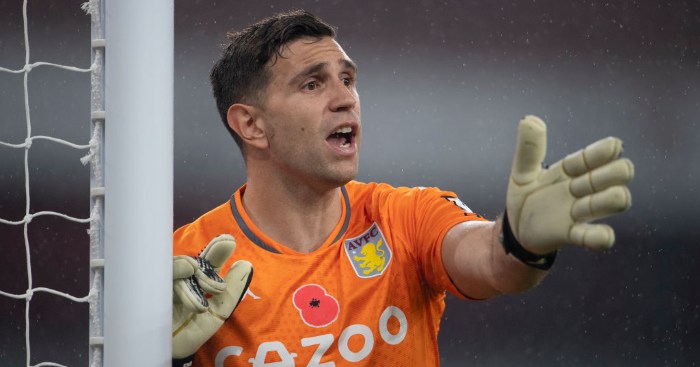 Arsenal legend Tony Adams believes that they made a major error by letting Emiliano Martinez leave the club.

The goalkeeper joined Arsenal back in 2010 from Argentinian side Independiente. He first broke into the Gunners first team in 2012. But he only made 38 appearances for them in all competitions between then and 2020.

He enjoyed successful loan spells at Rotherham United, Wolves and Getafe before linking back up with the Arsenal first-team ahead of the 2019/20 season.

MAILBOX: All the reasons Arteta stands out and why Ole gets an easy ride…

Martinez was back up to Bernd Leno for much of the campaign. But he finished the year with a run of games as Leno picked up an injury in June that ruled him out for the rest of the season.

The 28-year-old took this opportunity with both hands. He shone for the Gunners for the remainder of the campaign.

He went onto make 23 appearances in all competition for Arteta’s side last year. The ‘keeper helped them end the season strongly to finish eighth in the Premier League. They also won the FA Cup for a record fourteenth time.

Martinez was eager to play regular first-team football this year. With this unlikely to happen at Arsenal, he secured a £20m move to Aston Villa during the summer window.

Speaking with Sky Sports, as cited by The Mirror, Adams suggested that the Gunners have made a “mistake” by letting Martinez leave:

“I’ve called into question with Martinez being let go. That was a mistake for me. I think he’s come of age and he performed excellently last season.

“Why would you – a club wanting to win the league – let go one of the best goalkeepers in the country? I don’t see that as a good decision.”