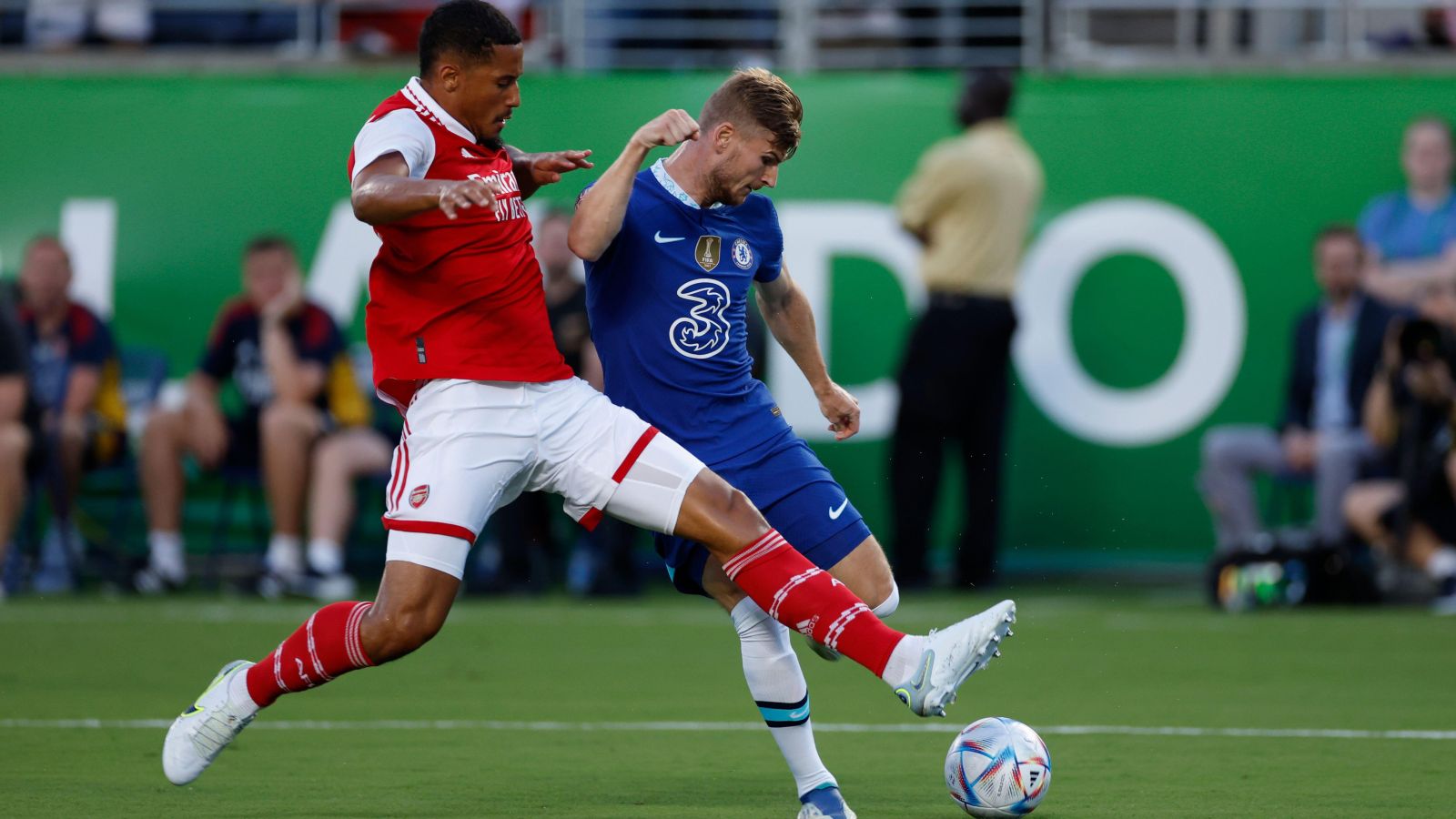 Arsenal are interested in signing Chelsea forward Timo Werner this summer amid interest from Real Madrid, according to reports.

The Germany international signed for the Blues from RB Leipzig in 2020 for £47.5m but has been largely disappointing for the west London outfit.

His goalscoring record of 23 goals in 89 matches, just ten goals in the Premier League, is even more frustrating for Chelsea fans given his scoring exploits for the German national side.

Will Chelsea be allowed a transitional season? Barcelona have left them ill-prepared

24 goals in 53 matches for Germany and 95 in 159 for RB Leipzig means there is plenty of interest in Werner despite a disappointing couple of seasons at Stamford Bridge.

Arsenal chose to renew Eddie Nketiah’s contract this summer, while they also brought Gabriel Jesus to the club from Manchester City, but it still remains to be seen whether they will add another striker to their squad.

If they do then it could be Werner, according to Spanish website Defensa Central, with the Gunners interested in bringing the forward to the Emirates Stadium.

Speaking about Werner, Defensa Central claim that Arsenal and Juventus ‘follow in his footsteps’ but that Real Madrid hold the upper hand if they make a move.

It is claimed that Chelsea are ‘trying to find a destination for Werner’ with a move for the Germany international ‘most feasible’ for Real Madrid out of the options of Benjamin Sesko, Amine Gouiri and Leroy Sane.

The website adds that Chelsea are asking for €54m for Werner with Real Madrid previously interested in signing him before he moved to Chelsea two years ago.

And former Premier League striker Noel Whelan thinks the Premier League has proven too “tough” for Werner with the 26-year-old perhaps suited to different leagues.

“When he came in, everyone expected great things from him,” Whelan told Football Insider.

“We’ve not seen anything close to that. I think the Premier League has crept up on him, and he’s just realising how tough it is.

“You might be quick or have had success in other leagues – but you’re playing against international defenders week-in, week-out in England.

“He’s disappointed the Chelsea fans and definitely been a disappointment for the board – considering the money they paid for him.

“Now he’s getting that whinge about him. He’s making little comments.

“At the end of the day, if he’s not happy in the Premier League then he’s got to get out. Pace alone cannot help you.”