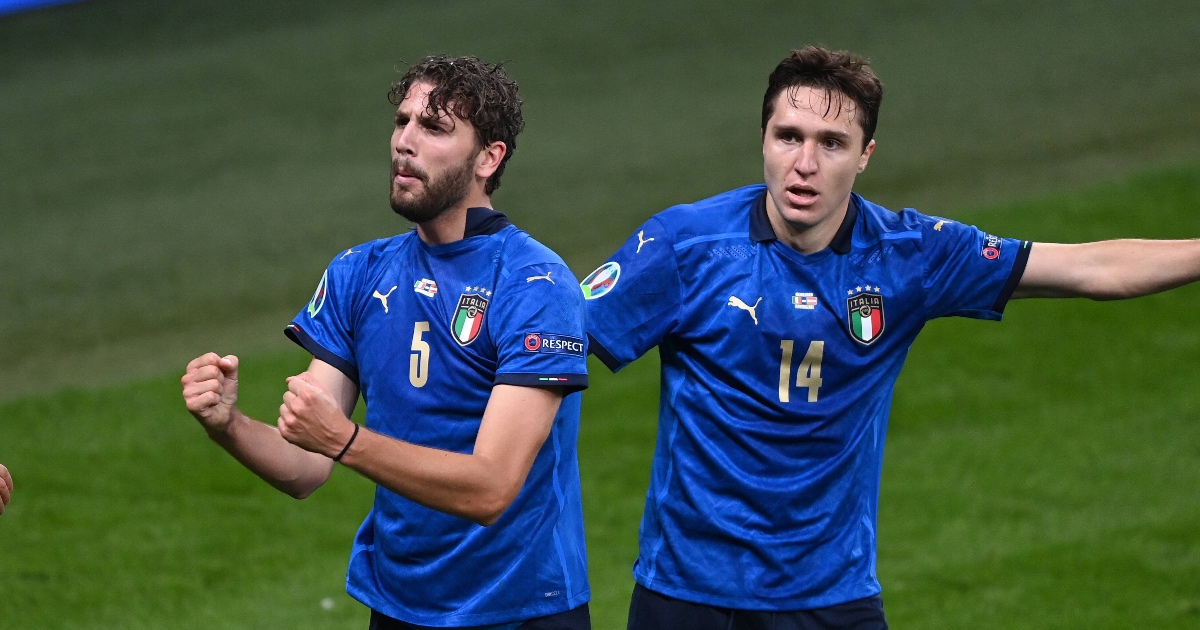 Italy midfielder Manuel Locatelli has joined Juventus from Sassuolo in a £32million deal.

He came off the bench in the final as Roberto Mancini’s men beat England on penalties.

Locatelli’s successful summer resulted in links with Arsenal, during their search for a new midfielder.

But the player preferred a move to Juventus and the Bianconeri have now secured his services.

They’ve signed him on a two-year loan with the obligation to buy in 2023. Juventus will pay €37.5m (£32m) to make the transfer permanent.

Locatelli is the club’s third summer signing. They have already made Weston McKennie’s loan move from Schalke permanent for €18.5m (£16m) and brought in Brazilian wonderkid Kaio Jorge.

The Italian giants are looking to regain their Serie A crown after finishing fourth in the 2020/21 campaign.

They were 13 points behind eventual champions Inter Milan.

Arsenal, meanwhile, have turned their attention to other transfer targets.

Their main priority is bringing Real Madrid playmaker Martin Odegaard back to the Emirates.

Odegaard enjoyed a decent loan spell following a switch of clubs in January.

He managed one goal and two assists in 14 Premier League games, scoring in a 2-1 victory over north London rivals Tottenham.

Real have previously set their asking price at £52m, but it seems that is no longer the case.

Recent reports suggest that a £30m transfer is close to being completed.

Talks between the two clubs are in their final stages, with Odegaard set to agree on a five-year contract.

Manager Mikel Arteta is keen to add more quality to his squad after the Gunners finished eighth in the Premier League last term.

However, they haven’t exactly started the 21/22 campaign brilliantly.

They were beaten 2-0 by Thomas Frank’s Brentford on Friday evening.

The performance led to criticism from pundit Gary Neville, who said: “They’ve been messed around.

“A game of football is really difficult if your centre-backs are getting messed around by the opposition forwards and that’s happened from minute one tonight.

“Arsenal fans will go away from here tonight thinking ‘we’ve been bullied’.”