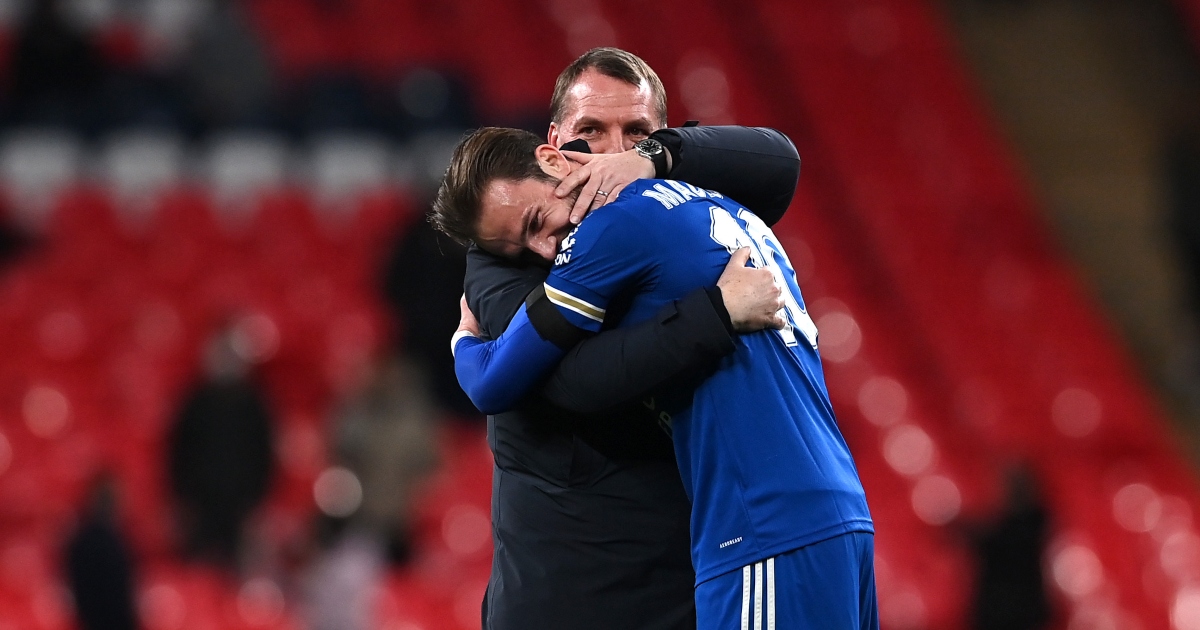 Leicester boss Brendan Rodgers believes James Maddison is starting to rediscover his form after being heavily linked with a move away from the club.

Arsenal were linked with a move for Maddison in the summer before turning their attention to Martin Odegaard.

The midfielder has endured a difficult start to the season and Rodgers has revealed how he helped him get back on track.

F365 says: Lukaku injury a blessing for Tuchel and Chelsea

Maddison was benched for six games in September and October, struggling to find his form.

But the England international excelled in the wins over Manchester United and Spartak Moscow this week, bagging his first assist in Russia for Patson Daka’s fourth goal in the 4-3 win, to suggest he is ready to fire again.

“I thought the other night he was starting to get that swagger back,” said Rodgers, ahead of Sunday’s trip to Brentford.

“How he moved, how he takes the ball, the pressing side and he got his first assist. That is James’ job to create and score goals.

“It’s about understanding players, sometimes you have to break the cycle. That was my thing with James, we needed to take him out and break the cycle of playing and worrying about performance.

“Let’s strip it back, let’s take a look, where can we be better, what do we need to do, how hard do we need to work? Then we can piece it back together.

“This boy is a top player but even a top player’s confidence goes at times and they are not at the same level. How do you manage that? For me, it’s take him out, analyse his game and how we can improve it.

“Coming on in Warsaw (against Legia Warsaw last month) I thought he started to show that confidence again, coming on at Palace and then we had a good couple of weeks in the international break.

“I told him quite a way out he would start against Manchester United and he worked really hard and gave a really good performance. It’s like anything, time, patience, commitment and you’ll see him get better and better as the season progresses.”

The Foxes go to Brentford following Wednesday’s thrilling Europa League win in Russia where Daka became the first player to score a hat-trick in Europe for the club.

Jamie Vardy was rested and is expected to return on Sunday and Rodgers conceded Daka is not guaranteed to start despite his heroics.

“What’s most important is that he’s in great form and puts us in a great thought process for the weekend,” he said.

“That’s what we get paid for, making those decisions. We’ll go away, finalise our preparation and we’ll see what we think is the best combination to win the game.

“If that means Patson is on the bench, he’s on the bench. He’ll contribute. We just try to find the right combination.”