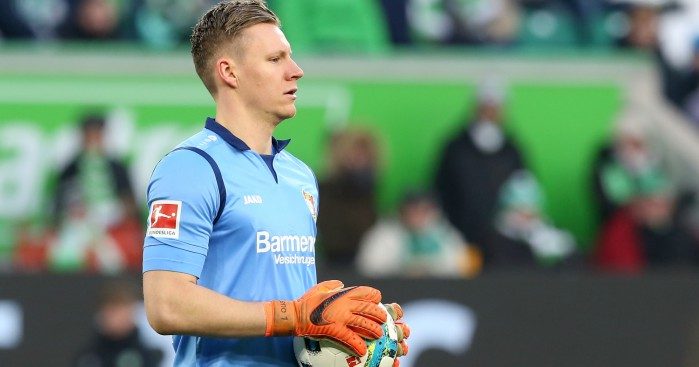 Bayer Leverkusen goalkeeper Bernd Leno is being lined up as a potential replacement for Petr Cech, according to reports in Germany.

Cech, 35, who has over a year left on his contract, has been criticised this season and he took responsibility for the 2-1 defeat at Brighton.

Cech has conceded 41 Premier League goals in 29 matches this season and he is still looking for his 200th top-flight clean sheet after being stuck on 199 since December 16.

His poor form this season has led to speculation that Arsenal are on the lookout for a new no.1 and Bild report that the Gunners have expressed an interest in Leno, as well as Napoli.

Real Madrid were linked with Leno last March and he told Kicker: “It honours you when you are linked with Real. [But] in the current situation I want to fully focus on Leverkusen.”

If you want to win a game away of home in the best league in the world your GK can’t concede 2 goals like I did today … it’s simply not possible … The team fought back but the damage was done .

“If I go abroad, it would not be as a number-one contender, but only as clear number one,” he said.

Leno is under contract at Leverkusen until 2020, but has a release clause which would allow him to leave for €25million. The 26-year-old has six senior Germany caps.

More from Planet Sport: How does Federer compare to other great sporting resurgences? (Tennis365)