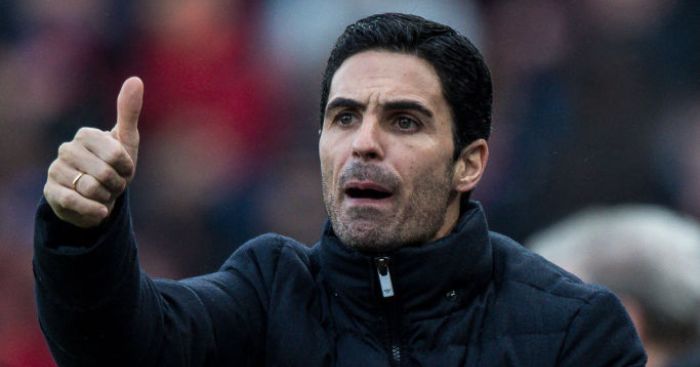 On the buses
Question: Is Instagram account _officialliverpoolfans_ promoting a ‘hostile reception’ for Manchester United’s coach on Sunday to its 77,000 followers really newsworthy?

Follow-up question: Does it warrant a back page in the nation’s best-selling newspaper?

Tomorrow's back page: Manchester United are gearing up for a hostile reception from Liverpool fans on Sunday | @ncustisTheSun https://t.co/QLiPMZaANc pic.twitter.com/kZTsnvREXf

a) Are The Sun really in any position to speculate about the ‘sinister’ plans and behaviour of Liverpool fans, depicting them all as ‘hostile’, rather than just a select few targeted on a relatively small social media account? Would they do this in a city where their newspapers are actually sold?

b) What is this ‘corridor of hatred’ that Manchester City experienced in April 2018? Is it next to the one of uncertainty? We can’t be sure.

c) Why do they make no mention of the similar scenario in November, when they put Manchester City ‘fearing’ such a welcome on their back page, only for absolutely nothing of note to happen?

d) Football365’s Twitter account has 73.5k followers. Do we qualify for a national newspaper back page yet?

Coach error
Point c) also stands for the Daily Mirror, who deem the biggest story in all of football at Friday lunchtime to be this:

That would be *77,000* Liverpool fans *asked to* replicate hostile Anfield arrival by social media account that has tried and summarily failed to do this far more recently than it has succeeded.

Does the feed of every moderately successful Instagram account qualify as major headline news now? Or only the posts that can be recycled to unnecessarily stoke already unhealthy club rivalries?

Kylian eve
Still, at least they aren’t pretending that a story from Thursday afternoon about Neymar wanting to commit his future to PSG is the biggest thing happening in football at midday on Friday.

Mediawatch understands that the Liverpool Echo sees everything through red-tinted glasses. That is their remit, and it would be weird if they started reporting on Arsenal stories.

But Mediawatch cannot quite get on board with the constant Kylian Mbappe hype train that is being driven almost exclusively by this one website.

With Manchester United visiting Anfield on Sunday, Liverpool on course for their first top-flight title in 30 years and both Jurgen Klopp and Ole Gunnar Solskjaer conducting pre-match press conferences, a club-centric website like the Echo is not struggling for news. And hell, their live transfer blog being top of the site in mid-January is no crime. But this?

And don’t worry if this ‘Kylian Mbappe ‘bid” is news to you. It is buried at the bottom of an ESPN story about Neymar’s future, which contains these final two paragraphs:

‘The situation is similar for Kylian Mbappe. Unlike Neymar, he has an offer on the table to renew his contract but has not made a decision yet.

‘It is expected that Real Madrid will try to recruit him in the summer but PSG hope to keep him for at least another season, especially if he signs a new deal.’

No mention of Liverpool. No mention of an actual ‘bid’ whatsoever, just the suggestion that one will materialise in the summer. And absolutely no shame from the Echo, who point out that ‘the Reds have repeatedly been linked’ with Mbappe, without reminding us that it is they who have been repeatedly linking them.

“Absolutely no chance, sorry for killing that story!” might be the most accidentally misleading thing Jurgen Klopp has ever said.

Work of Art
You can almost taste the utter disdain that Mark Irwin holds for those ‘excitable bloggers churning out their “long reads” to explain how much Arsenal have improved under Mikel Arteta’.

Irwin has been given the unenviable task of filling Neil Ashton’s column inches in The Sun on Fridays and is using his platform to express his contempt for fans being somewhat positive. Fight the good fight, fella.

‘It is thanks to their cutting-edge insight that I now understand I must have been watching a different team these past few weeks.

‘I was under the impression that Arsenal remain tenth in the Premier League table, cannot hold on to a lead and are a defensive accident waiting to happen. But I am clearly mistaken.’

Arsenal do indeed remain tenth in the Premier League table. Arsenal cannot hold on to a lead. Arsenal are a defensive accident waiting to happen. It is almost as if it is utterly ludicrous to expect someone to overhaul 18 months of mismanagement over the course of five games with the exact same players in their first senior coaching role.

But hopefully Irwin can point out to Mediawatch these ‘excitable bloggers churning out their “long reads”‘ which suggest Arsenal ‘have been completely transformed’ and ‘are now a football super-power once again’.

‘Of course, Arsenal analysts completely losing their s*** and their sense of perspective is nothing new,’ Irwin adds, with all the self-awareness of a man who goes on to accuse an entire support of praising every new signing as ‘the greatest thing since Tony Adams or Dennis Bergkamp’.

Again, we missed that. Comparisons between David Luiz and Tony Adams must have been buried in those “long reads” that say Arsenal ‘have been completely transformed’ and ‘are now a football super-power once again’. How unfortunate.

‘So there is little doubt that, eventually, Arsenal will be better under Arteta’s guidance than they were under Unai Emery.

‘Yet the fact remains the new manager has so far witnessed just one decent performance against a decidedly average Manchester United,’ he concludes, adding that ‘it’s not going to happen overnight’.

Which is almost precisely what those ‘excitable bloggers’ are actually saying: that things have already improved somewhat but it takes time and patience to implement a completely new playing style.

Thanks, though, for that ‘cutting-edge insight’.

Champagne football
Dear Charlie Nicholas. If Steve Bruce is ‘not particularly fighting a relegation battle’ with Newcastle five points above 18th place, then what on earth is he doing?

Burnley are two points behind. So of course they ‘are right in the mix at the bottom’.

Chris Wilder: “I’ve had a word with Oli and reminded him that he has a responsibility with cameras everywhere that he can’t get involved. He has got to represent himself a touch better and he understands that. He’s got a big connection with Swansea and I’ve no problem him going to watch his team. So as far as I’m concerned, we move on.”

‘Rapped’. ‘Disgrace’. Wilder is not angry, he’s just disappointed (that this is supposedly so newsworthy).