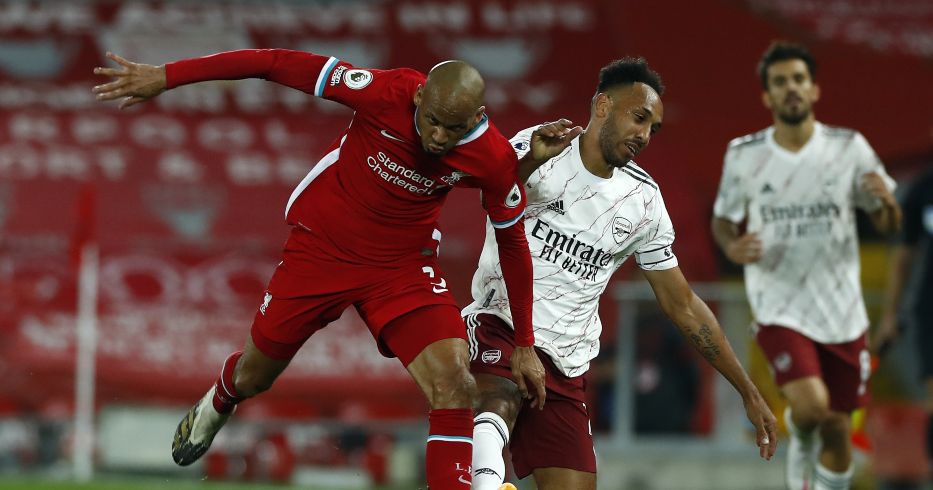 Liverpool deserve to be heavy favourites against Arsenal but Emile Smith Rowe and Martin Odegaard could give the hosts a fighting chance.

1) Can refreshed Liverpool press Arsenal into mistakes?
There is good reason for Liverpool fans to be optimistic about the run-in. Jurgen Klopp appears to have settled on a centre-back partnership (of Nat Phillips and Ozan Kabak) that has allowed Fabinho to return to central midfield, solidifying the defensive side of things, while Roberto Firmino’s return from injury means all of Liverpool’s forwards are available for selection.

But most importantly of all, with just a four-point gap to the Champions League places fans can be hopeful that the international break provided the chance for a psychological reset. Klopp’s side should be more cohesive than in weeks gone by, pressing for longer and in a more structured way than during their winter crisis.

That is perhaps the biggest threat to Arsenal. Defensive errors continue to badly undermine Mikel Arteta’s project, the 3-3 draw with West Ham last time out another glaring example of the risks Arsenal take when passing out from the back. Arteta won’t abandon the strategy, however, so if Liverpool’s front line press as one they have a good chance of scoring at least once from a sloppy mistake.

2) Can Smith Rowe and Odegaard expose issues around Thiago?
Even if results are still patchy, Arsenal’s performances are improving all the time and that is in large part thanks to Arteta shifting from his Guardiola-inspired principles to something that looks an awful lot like what Unai Emery was trying to do. A mixture of trial-and-error tactical management and adaptation to the type of playmaker at his disposal has seen Arteta land on a more direct, vertical, tempo-changing mode of attack in 2021.

Broadly speaking, the idea is to pass slowly out from the back to draw the opposition forward, before suddenly changing the speed of play with sharp passes into the feet of Bukayo Saka, Emile Smith Rowe and Martin Odegaard, all of whom play on the half-turn and look to drive at the heart of the opposition defence. It is quite the departure from the aesthetics taught by Guardiola.

It could work well against a jaded and disrupted Liverpool midfield, particularly in the areas around Thiago (deputising for the injured Jordan Henderson). Thiago isn’t very strong in the tackle and the speed of the Premier League means midfield battles often pass him by. If Arsenal can get Odegaard and Smith Rowe to surround Thiago’s zone of midfield then they should be able to play through the lines. 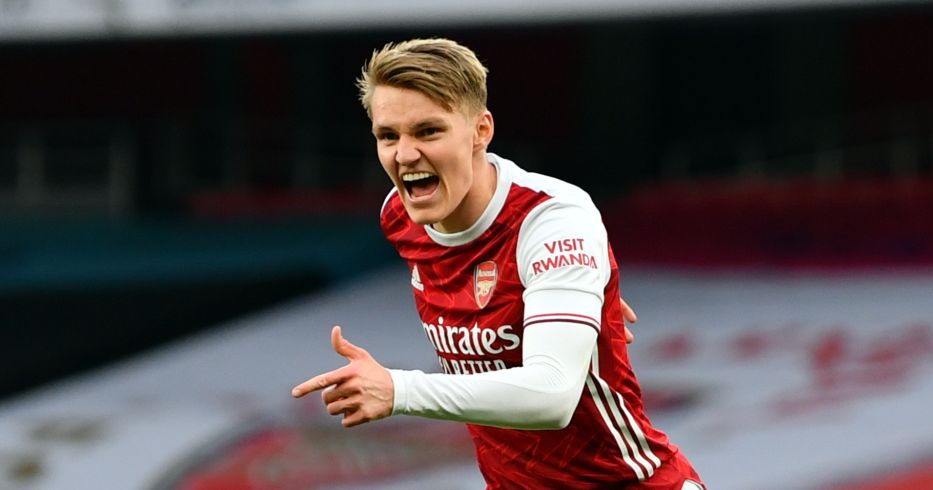 3) Or will Fabinho’s midfield return limit Arsenal’s verticality?
Then again, Fabinho’s return to midfield may limit the effectiveness of Arsenal’s playmakers, and not just because his capacity as a destroyer in defensive midfield is a valuable weapon in preventing Arteta’s best players from getting time on the ball. More importantly, Liverpool are able to sustain attacks for longer when Fabinho is at the base.

He wins second balls and sweeps up expertly before playing an intelligent forward pass where most other midfielders would go for the safer backwards option. In 2019/20 this subtle action, repeated again and again, was the key to Liverpool keeping their opponents penned in and grinding them into submission.

It may be the fate that awaits Arsenal at the Emirates. Arteta’s side face the prospect of being pushed back for long periods, and without a more direct counter-attacking strategy to fall back on Arsenal are unlikely to cope with territorial retreat particularly well. Certainly it will cut off the supply line to Odegaard and Smith Rowe.

4) Is Aubameyang the first real test of the Phillips/Kabak partnership?
There are a lot of unknowns with Liverpool at the moment. They may or may not press well, may or may not pin Arsenal back and they may or may not have the right centre-back partnership to keep the hosts quiet. Philips and Kabak have looked good together these last two games, keeping back-to-back clean sheets against Wolves and RB Leipzig, but frankly neither of these teams offered much going forward.

Pierre-Emerick Aubameyang, on the other hand, has the pace and movement to stretch the centre-backs to their limits. Much will depend on how aggressively Arteta chases victory: a line-up with pace on the flanks (Nicolas Pepe) and Aubameyang in a central role is far more likely to catch Liverpool on the break than the more cautious selection of three central midfielders and number tens out wide.

This should be the first real test of the Philips and Kabak partnership. Pass this one and Liverpool fans can look forward to a strong final two months of the season.

5) Will Liverpool’s recovered forwards pile on Arsenal’s weaker side?
In the 3-3 draw with West Ham, David Moyes’ side dominated down their left flank in the first half as Aubameyang struggled to track back. Noticing the issue, Arteta swapped Aubameyang with Bukayo Saka and within minutes West Ham had scored with an attack down the right. It seems highly likely, considering the strength of Liverpool’s overlapping full-backs, that Arteta won’t put Aubameyang on either flank for this one.

Yet Arsenal are vulnerable here regardless. Calum Chambers remains their best option at right-back, but he is relatively easy to dribble past and frankly none of Arsenal’s right wingers seem up to the task of helping him out. Robertson can expect joy here, as can Liverpool’s revolving front four.

Sadio Mane will start on this side, although Diogo Jota and Mohamed Salah will also pop up near Chambers at some point in the match. Klopp has his front four all available for the first time in three months. He will use them to pile pressure onto Arsenal’s weakest position.