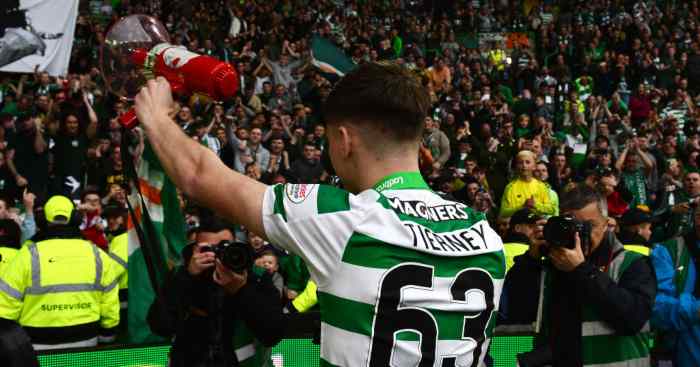 Arsenal are set to make a final bid for Celtic left-back Kieran Tierney, according to reports.

The Gunners had an improved offer of £25m for Tierney knocked back on Monday, despite the deal becoming ‘inevitable’.

It is thought that Arsenal will have to break two transfer records to land one of their priority signings this summer.

The BBC reported on Monday that ‘talks are expected to continue between Celtic and Arsenal this week’ as both clubs seek a resolution over Tierney‘s future.

And now the Daily Express claim that the Gunners ‘are set to make a final move’ for Tierney as they look ‘at ways to structure the deal’.

Arsenal are understood to be ‘losing patience’ over the deal and may move onto other potential deals if there is no progress soon.

The situation is a tricky one for the north London club with Tierney not prepared to ‘rock the boat at Celtic’.