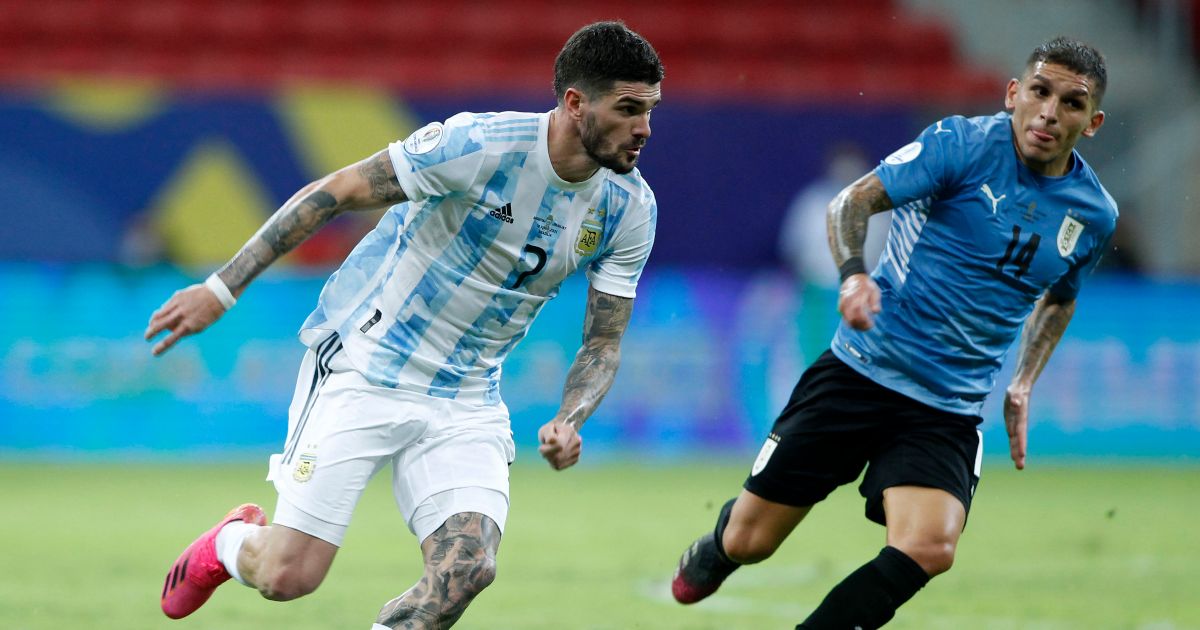 Arsenal midfielder Lucas Torreira claims that his lack of game time at the Emirates Stadium “cost” him his place in the Uruguay national side.

The Gunners spent £26m to bring him to the Emirates Stadium in 2018 after impressing for Uruguay at the World Cup that summer.

The 25-year-old spent last season out on loan at Spanish side Atletico Madrid but that spell didn’t go to plan, only playing 26 times in all competitions.

And with Torreira not forming part of Mikel Arteta’s plans for the current campaign, the Uruguay international headed out on loan to Serie A outfit Fiorentina.

Torreira had a little dig at Arsenal while speaking to Alfredo Pedulla’s website about his early days at Fiorentina and his experiences with the national team, accusing the Gunners of costing him a place in a recent Uruguay squad.

Torreira said: “I want to play as much as possible and help Fiorentina this season. We must continue like this. Now, I will continue with a great desire to work, grow and make myself available to the manager to be ready.

“At Arsenal, I had little continuity of late, which also cost me the call-up to the Uruguay national team in the last chunk of the World Cup qualifiers. With a cool head, maybe it was better this way, because I had more time to work at Fiorentina and to fit into the manager’s plans”.

Speaking in early September before his Fiorentina debut, Torreira admitted that it is a crucial point in his career.

Torreira said: “I think it’s an important point in my career. This is a very good team. It’s too early to talk about targets, but I’m sure that the work the coach is doing and his tactics – which I’ll learn more about this week – are well-suited to my approach to the game.

“I went from Samp to Arsenal and then to [Atletico] Madrid, where I didn’t play as much but won the title. It’s true that Fiorentina showed a lot of interest in me, so I want to make the most of this experience. I have to admit that I’ve spoken more to [Daniele] Prade in the last month than I have my own father!

“[I’ve had] [Unai] Emery, [Diego] Simeone and now [Vincenzo] Italiano. I’ve always watched Serie A. I watched Spezia a lot last season and I’m pleased he’s here at Fiorentina. Right now I’m trying to understand what he wants me to do, so I can help the team to do well.

“I’ve seen that the standard is very high in English football, while La Liga has quality players too. If I hadn’t spent several years in Italy, though, I wouldn’t have been ready to play abroad. Playing in Italy helps you to learn a lot from a tactical standpoint.”