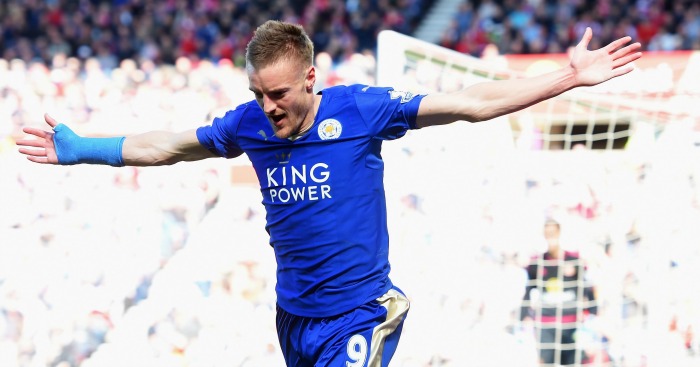 Arsenal will match Jamie Vardy’s release clause of £20m and want to push through a move before the start of Euro 2016, according to widespread reports.

In a devoplement that has come from wide in left field, Arsene Wenger has – according to the Daily Telegraph – ‘personally sanctioned the move for Vardy, who will turn 30 next year’.

It is being compared to Sir Alex Ferguson’s £24m move for Robin van Persie in his final year at Manchester United, with Wenger breaking all his usual rules to sign the 24-goal striker.

Vardy has only produced one prolific season in the Premier League, has little to no sell-on value and would not appear to fit with the Gunners’ possession-based style.