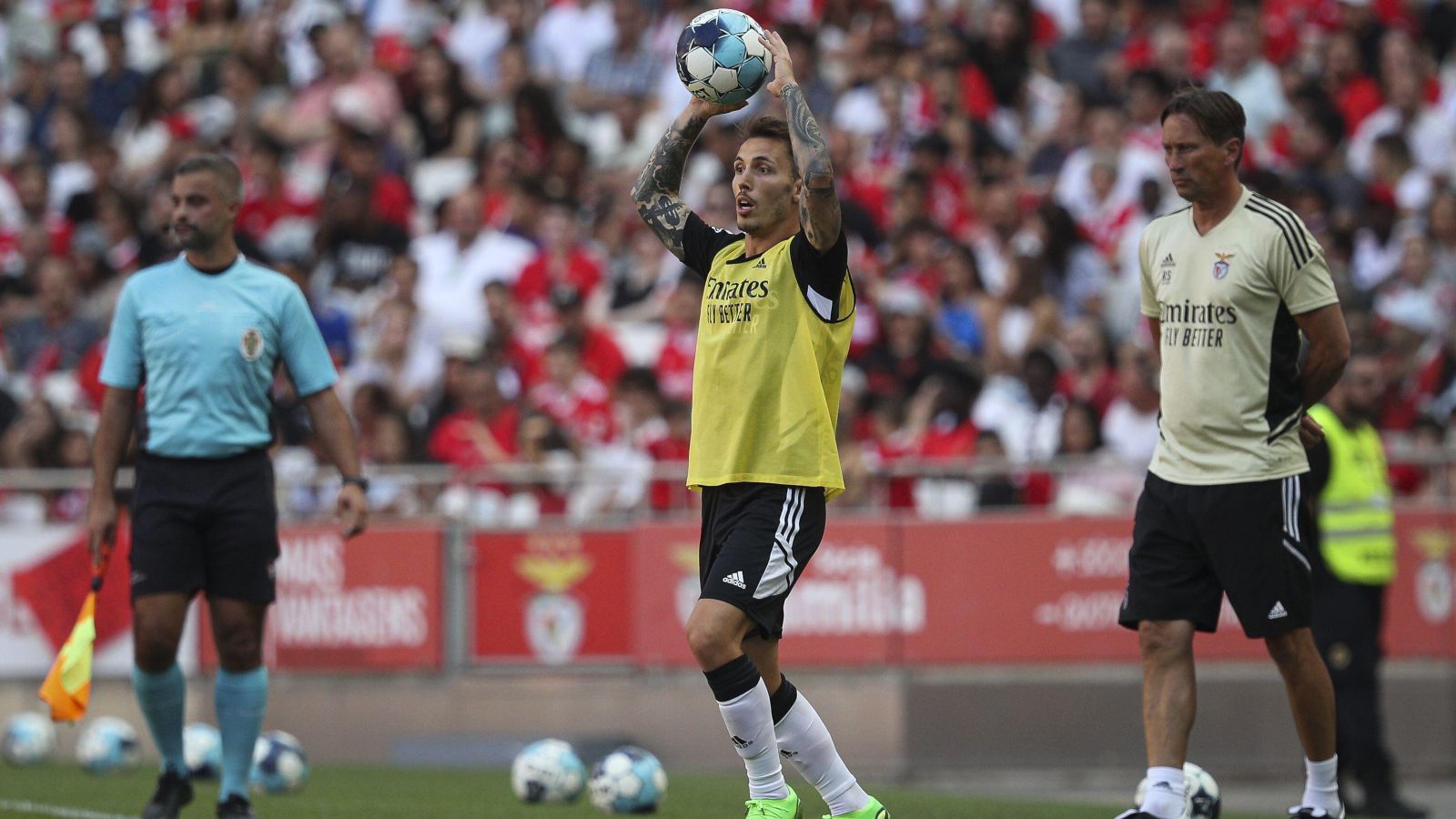 Arsenal have made a bid for Benfica left-back Alex Grimaldo with Nuno Tavares set to leave the club this summer, according to reports.

Tavares signed from Benfica for around £8m last summer but he put in a number of underwhelming performances during his first season at the club.

And the Gunners are looking to ship him out this summer and bring in a replacement with Grimaldo looking the most likely option to join.

Football is finally willing to embrace empathy, equality and rest of ‘woke agenda’

And, with Arsenal competing in Europe next season, Mikel Arteta will be wanting to bring in a competent defender to cover if Tierney suffers more injuries.

The Sun claim that Arsenal have made a £5.9m bid for Grimaldo with the former Spain under-21 international into the last year of his contract at Benfica.

Arteta and Grimaldo share the same agency with the newspaper claiming that it could be a ‘decisive swing factor’ in any potential deal.

Grimaldo has won eight pieces of silverware over his six full seasons at the Portuguese club, making 249 appearances in the process.

And L’Equipe (via The Sun) claim that Tavares could be heading out the door as Grimaldo arrives with Ligue 1 club Marseille working on a deal to bring him to France on loan with an option to buy.

Tavares is described as a ‘priority transfer target’ for Marseille and is their ‘preferred left-sided option’ as Igor Tudor looks to bring in wing-backs to suit his system.

It has been claimed that a potential loan move for Tavares was to aid his development but L’Equipe insist that Marseille could insist on a option in the deal.

Arsenal have been linked with Leicester City midfielder Youri Tielemans as another target too and former Premier League striker Noel Whelan reckons they should complete a deal for the Belgian.

“I think he’s well worth the money,” Whelan told Football Insider. “£30m for a player like Tielemans, when you know he can do it in the Premier League – it’s nothing.

“I think he would fit straight into the Arsenal style of play, and the fans would be overjoyed if they could get him in.

“He’s a very talented midfield player, and if you can get him for that sort of price then they’d still have the budget to go out and get a winger as well.

“I believe he would be one of the best midfielders they have had for a long time. I could see him at the club, for sure.”