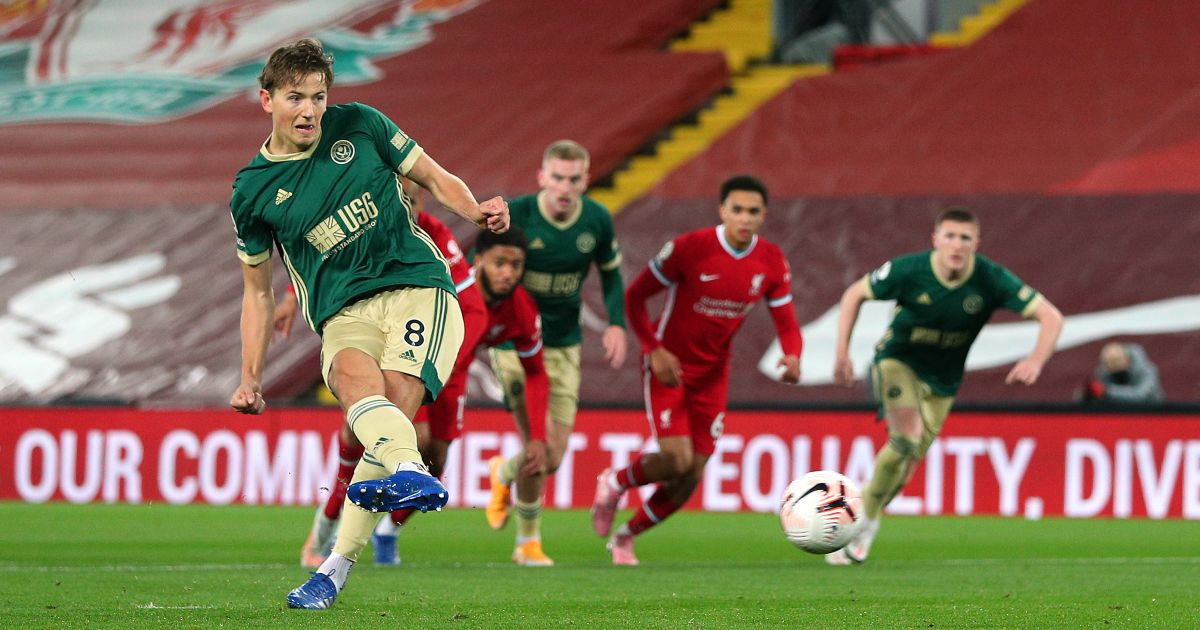 Premier League side Arsenal have already made their first offer to Sheffield United for Sander Berge, according to reports in France.

With Sheffield United already relegated from the Premier League, there is speculation about which of their players will leave in the summer transfer window.

Berge seems to be the most likely with previous interest from some of Europe’s top sides – including Manchester United – before moving to Bramall Lane last season.

The Norway international has scored one goal and provided one assist in 15 appearances this season as he’s struggled to stay fit for the Blades.

That is unlikely to deter potential suitors in the summer transfer window with reports that Sheff Utd will demand between £30m and £40m for the 23-year-old.

Another report claimed that Berge has a £35m buyout clause in his contract now the Blades are relegated with United keen to cash in to balance the books after failing to avoid the drop.

And now French publication Jeunes Footeux claims Arsenal ‘have submitted a first offer slightly less than 20 million euros’ which is said to be ‘far from the expectations’ of Sheff Utd.

United are apparently demanding €30m with Belgian side Genk set to ‘recover a percentage’ of the transfer fee after selling him to the Yorkshire club in January 2020.

The report mentions Liverpool and Tottenham as two other sides ‘interested’ in Berge but the Blades are unlikely to be forced into a quick sale with the midfielder under contract until the summer of 2024.

Meanwhile, Sheff Utd caretaker boss Paul Heckingbottom revealed last week that Berge had suffered another injury and will not be risked during what remains of the season.

“We won’t take any risks with Sander,” said Heckingbottom. “Let me stress, it’s nothing to do with his previous injury – that’s 100 per cent fine and we’re over the moon with that.

“This is another niggle. Sander has pushed himself to be fit and played minutes and just picked up other little niggles, it happens. The fact he has been out for such a long period of time and came back means we won’t push him.

“If he is fit then fine, but at this stage of the season and with where we are, and because he’s been out so long, we won’t risk him between now and the end of the season.”