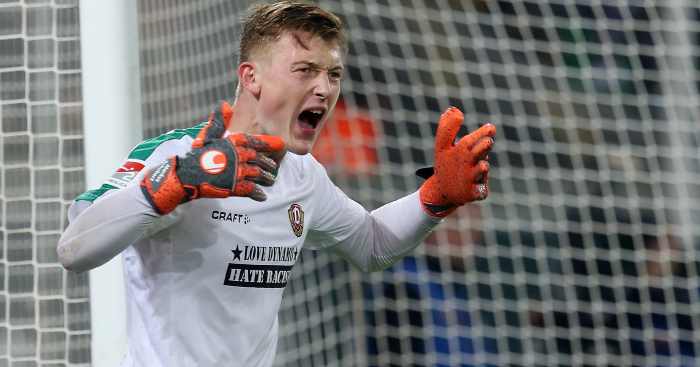 Arsenal are reported to be close to signing goalkeeper Markus Schubert.

The Dynamo Dresden stopper is available on a free transfer with his contract with the Bundesliga 2 club due to expire this summer.

Schubert, who turned 21 on Wednesday, is with the Germany squad for the European Under-21 Championships but, according to The Independent, Arsenal will complete the signing later in the summer.

The Gunners will then look to loan Schubert out for the season, with Championship clubs already alerted to the keeper’s availability, while a return to Germany is also possible.

Schubert is said to be among the targets identified by former head of recruitment Sven Mislintat, who left Arsenal earlier this year.