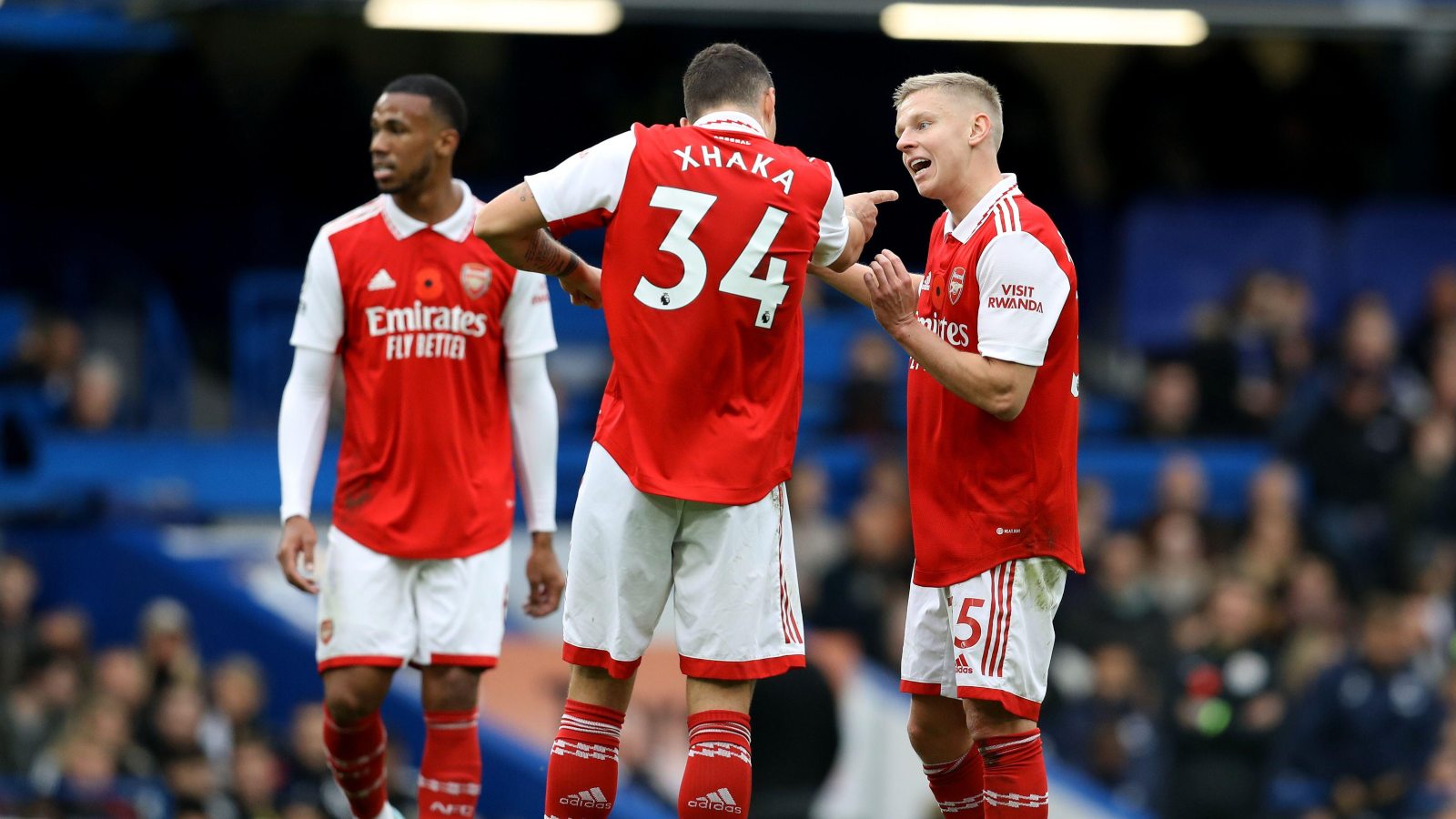 Oleksandr Zinchenko wants to “kill the stereotype” of Arsenal being a team that should only be competing for a place in the Premier League top four as their unlikely title challenge continues.

The Gunners were 1-0 winners at London rivals Chelsea on Sunday, a result which once again takes them above defending champions Manchester City and back to the Premier League summit.

Victory away at Wolves next Saturday will mean Arsenal go into the break for the World Cup top of the table as they continue to defy critics who suggested they would soon fall off the blistering pace they set at the start of the campaign.

It has been six years since Arsenal finished in the top four, something that manager Mikel Arteta would have been aiming to change when he drew up his targets for this season.

Instead, they are currently genuine title contenders and Zinchenko, who won the Premier League four times during his time at City before moving to the Emirates Stadium in the summer, believes that should be the standard for a team such as Arsenal.

“Honestly, I don’t want to look so far because we have a lot of games ahead of us,” Zinchenko, who returned from a calf injury at Stamford Bridge, replied when asked if Arsenal can compete for the title this year.

“I can feel that this group of people, they are special. Starting from our staff and then all the people on our training ground, our fans, we believe in ourselves, every single game.

“I think I would say that I got used to hearing that Arsenal, it means straight away in your mind, ‘top four, top four’.

“I would say, I really want to kill and destroy this stereotype. We need to look further, and I think this team, this group of people, the fans, they deserve more. That’s what we need to do.

“We need hard work in this and let’s see at the end of season. You ask me if we can challenge Man City and stuff? Of course, they are an amazing team, but you never know what can happen in football. We need to go step by step with every single game.”

While Arsenal are talked of as bonafide title challengers after Gabriel Magalhaes hit the winning goal at Stamford Bridge, Chelsea now sit 13 points adrift of their rivals.

New head coach Graham Potter will want to address a slide which has seen the Blues lose their last two Premier League games and pick up only two points from their last four.

They now travel to Manchester City in the Carabao Cup of Wednesday night before a tricky weekend trip to third-placed Newcastle ahead of the World Cup.

“The manager said to us in the dressing room afterwards that we’ve got to pick our heads up and we can’t dwell on this result,” Chelsea defender Trevoh Chalobah said after the Arsenal loss.

“We’re disappointed to lose the game, especially when we came into it on the back of a very good result and performance in the Champions League in the week (2-1 win against Dinamo Zagreb).

“Coming into the game, all the boys were in confident mood so to concede off a set-piece is a killer for us and we’re really frustrated to lose a goal in that way.

“There are never any easy games at this level, you can get punished easily and a set-piece has cost us. I didn’t think there were too many chances in the game and we’ve just switched off at a set-piece, which is really frustrating.”