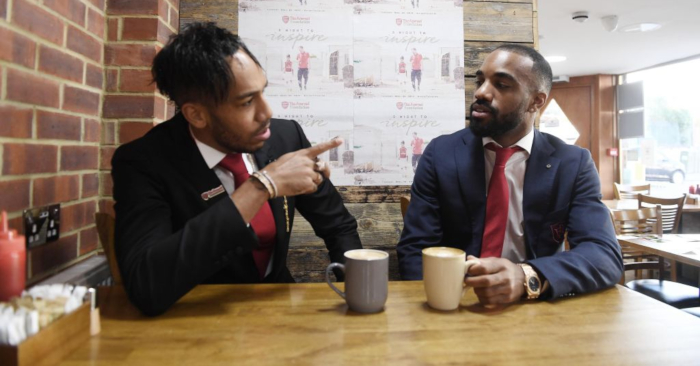 Liverpool v Huddersfield Town
The bookies reckon it’s Manchester City’s to lose now, with Pep Guardiola’s men as short as 2/9 to retain the Premier League title. Liverpool won’t go down without a fight, though, and it’s mad to think that neither of the top two have dropped a solitary point between them since March 1. Expect the Reds to deal with Huddersfield with minimal fuss on Friday evening, where backing the hosts to be ahead by more than one goal at half-time looks the way to go.

By the way, Mo Salah – all 19 goals and seven assists of him – not being nominated for PFA Player of the Year is just naughty.

Tottenham v West Ham
Spurs boast a perfect record at their new ground and are heavy odds-on to make it five wins in a row at home. With a Champions League semi against Ajax just around the corner Tottenham may shuffle their pack, but one man who looks certain to feature against the Hammers is Heung-min Son. He is suspended for that Ajax date next Tuesday, has hit 20 goals for Spurs this season and gets our vote to score first at 3/1.

Crystal Palace v Everton
Such was Everton’s dominance against Manchester United last time out, if it had been a boxing match it would have been waved off. We had some weather last weekend too, didn’t we? Just imagine if our country was actually patriotic and gave us a Bank Holiday for St George’s Day. On Tuesday we would literally all have been off work, getting drunk, riding round on inflatable dragons and singing songs about Harry Maguire.

Fulham v Cardiff City
Rather hilariously (unless you are a Fulham fan – but even then maybe so) having had relegation confirmed the Cottagers are now going for their third straight win. And Lordy Lordy, we actually fancy them to get it. Cardiff really are in the ‘miracles needed’ aisle now with their inferior goal difference so won’’ fancy a trip to Craven Cottage to face a team playing with the shackles off.

Watford v Wolves
Wolves have been far less convincing away from home than they have at Molineux. That said they have still won six and drawn five on the road and will have revenge in mind this weekend. Both teams played their part in a truly epic FA Cup semi the other week but it’s a game Wolves really should have won. They know a win here would leave them well-placed to finish seventh and they look a big price at close to 2/1 to bag three points.

Brighton v Newcastle United
Did you know that Newcastle have never beaten Brighton in the Premier League? You want another amazing fact? Bees can actually detect bombs. So lay off the bees I says. Back to the football though, and the Seagulls did the double over the Toon last season. Both games were stinkers, and with so much riding on this (for Brighton at least), don’t be surprised if goals are again in short supply.

Leicester City v Arsenal
Anyone punting heavy on Arsenal over the last few weeks must be skint. I know I am. I literally did not see that Crystal Palace result coming, and as a consequence have been eating 89p-a-tin tuna from Home Bargains (washed down with a 49p discounted Yorkie) pretty much all week. Arsenal need a win here. But I’m not sure they’ll get it.

Burnley v Manchester City
Guardiola’s men have now won 11 Premier League games on the spin and during that sequence they’ve scored 26 goals and conceded just three. Somebody is going to post 90+ points in the Premier League this season and not win it. Just let that sink in. After their recent heroics surely they don’t get mugged by Burnley at Turf Moor, right?

Manchester United v Chelsea
And what a game to finish off the weekend. The bookies literally can’t split them with both the home and away win priced up at 17/10. Make no bones, all three results are possible but a draw isn’t really any good to United at this point. Big Roy Keane pulled no punches in assessing the performance against Man City the other night. He was pure box office. The absolute best thing about Keane as a pundit though is you just know he’s thinking ‘if you don’t like what I’m saying ye dryshite we’ll be off air in 50 minutes and we can have a square go in the car park’.