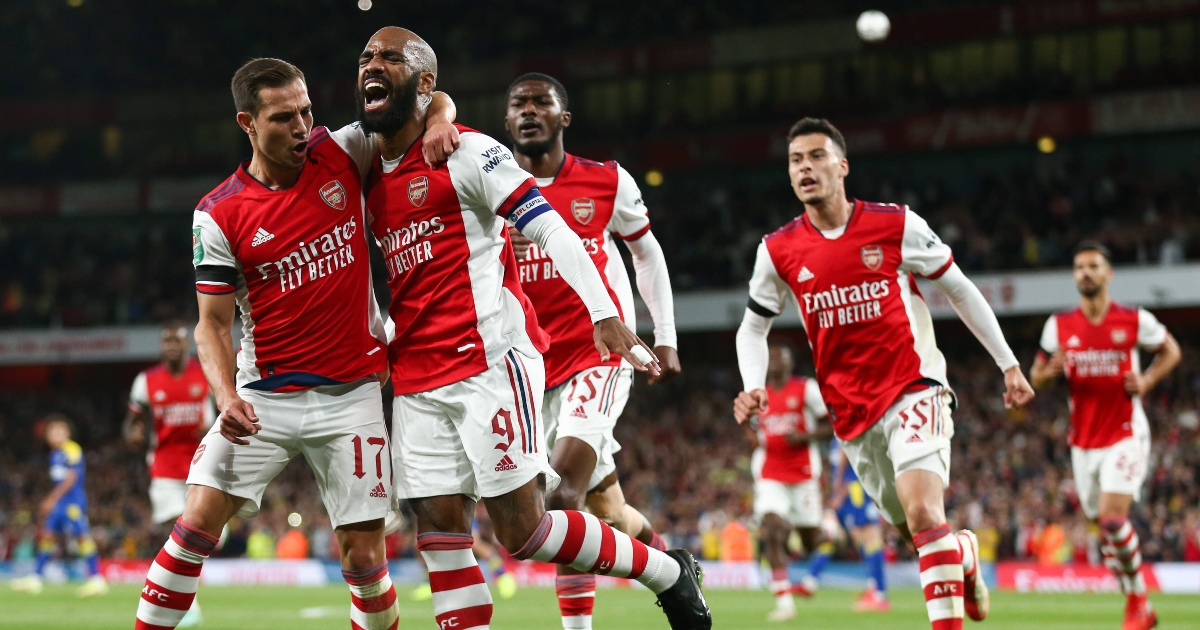 Arsenal striker Alexandre Lacazette is unlikely to sign a new contract at the Emirates, according to reports.

The 30-year-old has been linked with a move away for a long time, with rumours constantly circulating in the summer transfer window.

Barcelona, Atletico Madrid, Inter Milan, AC Milan and Juventus have all been linked with the Frenchman, who has fallen out of favour under Mikel Arteta this term.

Lacazette initially joined the Gunners in 2017, signing from Lyon for a fee in the region of £48million.

He has made over 170 appearances for the London club, scoring 67 goals and providing 29 assists.

The striker started and scored in Arsenal’s last match – a 3-0 win against AFC Wimbledon in the Carabao Cup third round.

However, having only played 31 minutes in the Premier League this season, whilst being selected for the cup match, indicates he is not in Arteta’s first-choice starting XI.

And French outlet Le10 Sport report that Lacazette will not sign a new Gunners contract.

His current deal expires next summer and he can negotiate with foreign clubs from January 1.

However, Arsenal could potentially try and sell the ex-Lyon man for a cut-price in the winter window, to ensure they receive some cash for him.

Arteta said in April: “The situation with Laca we will address in the summer, speak to him and just propose the future we want and that’s it.”

Obviously, his contract was not extended in the summer and negotiations appear to be at a standstill – so it seems increasingly likely he will move club soon.

Perrin – who was Saliba’s team-mate at Saint-Etienne – said: “I don’t understand how they didn’t even try him at least once. When you observe him since his beginnings at Saint-Etienne… He’s calm, cold, lucid. In one-on-one situations, he’s got extraordinary footing and always gets out of it.