Home All The News Arsenal wanted another Man Utd man, not Mkhi, in Sanchez swap 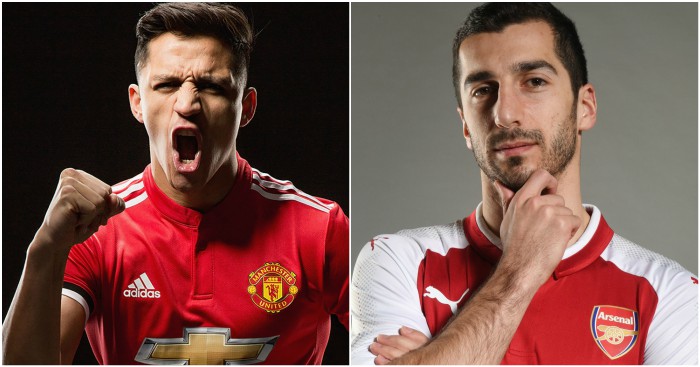 Henrikh Mkhitaryan was not Arsene Wenger’s first-choice option in Arsenal’s swap deal with Man Utd for Alexis Sanchez, according to a report.

Sanchez signed for Man Utd from Arsenal in January 2018 in a swap deal with Mkhitaryan going in the other direction following much speculation.

Mkhitaryan only played 53 times for the Gunners, scoring nine goals and assisting 13 others in that time, before being loaned out to Roma this season.

FEATURE: Ranking every Champions League final from worst to best

Sanchez, meanwhile, has had a disastrous spell at Man Utd to date, scoring just five goals for the club in 45 appearances as he struggled to settle.

He was sent on loan to Inter Milan in the summer but has been unable to establish himself under Antonio Conte due to injury.

And now more details of that infamous swap deal have come to light, with ESPN claiming that Wenger ‘originally identified Anthony Martial, having had the club’s scouts monitor his progress as a teenager in France, but United immediately ruled out that possibility’.

The report added: ‘Mkhitaryan was a more amenable option, having become a peripheral figure, starting just 10 Premier League games that season having long since lost the trust of Jose Mourinho’.