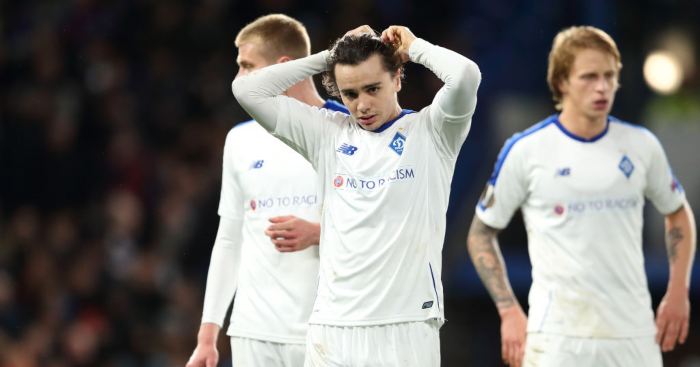 Arsenal and Manchester United are among a host of clubs interested in Ukraine international Mykola Shaparenko, according to reports.

The 20-year-old has impressed in a number of matches since breaking into the Dynamo Kiev first team in November 2017, leading to interest from a number of Premier League sides.

CaughtOffside claims Arsenal, United, Chelsea and West Ham are just some of the clubs interested in Dynamo’s number 10.

Chelsea will be unable to make a move for Shaparenko this summer as they are currently banned from making transfers.

The Gunners and United ‘remain interested’ though and West Ham are said to be ‘keen’ on the Ukrainian.

Shaparenko, who was part of Dynamo Kiev’s side that reached the Europa League round of 16 last term, has played four times for his country but it may not be enough to obtain a UK work permit immediately.

CaughtOffside adds: ‘One solution could be to sign Shaparenko this summer and loan him out before reapplying for a UK work permit in 12 months.’