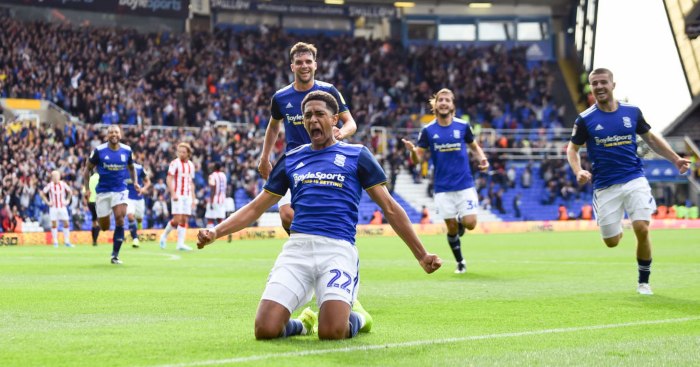 Arsenal have joined Manchester United in showing interest in Birmingham City teenager sensation Jude Bellingham and could have the edge on a deal.

United have reportedly made a £25million bid to Birmingham for Bellingham, but the Championship side would ideally prefer to keep the 16-year-old midfielder for the next 18 months, which may give Arsenal the edge according to Duncan Castles.

Bellingham became Birmingham’s youngest ever first-team player in August 2019 when he made his debut aged 16 years and 38 days and has scored four goals in 24 appearances.

Castles believes United boss Ole Gunnar Solskjaer would be willing to give Bellingham a chance to impress in the Red Devils first team if he joined this month.

But Bellingham’s family would prefer he played regular first-team football and that stance could help Arsenal’s cause.

Castles claims Arsenal would not be able to pay the £25m now so would be more open than United to allow him to return to Birmingham on loan for 18 months, where he would play regularly.

“[Borussia] Dortmund are one of the clubs who have been scouting Bellingham from Birmingham City,” Castles said on the Transfer Window podcast.

“I’ve talked to quite a few people whose job it is to secure the best talents and I’ve had a couple of them come back saying this kid is exceptional and certainly one of them saying the £25m that Manchester United have offered Birmingham City for him was a reasonable valuation for a young English player of his abilities.

“They have competition from Arsenal, now I wouldn’t expect Arsenal to be able to spend that money now.

“I think Birmingham City’s stance on this is one where Arsenal might potentially be able to structure a deal in that Birmingham City are ready to sell at that price or a price above it but they want to retain the player for the next 18 months.

“So they’re looking at a team who will buy and allow them to keep Bellingham in their squad and guarantee them a substantial transfer down the line.

“They are presenting themselves as being very astute in their assessment of the development path of the player and are concerned that were he to go to the wrong wealthy club at the wrong time, he would lose his opportunity to play first-team football and his path into achieving the most out of his talent could be restricted by that.

“So it’s possible that the player himself would be keen to remain at Birmingham City while committing to a club.

“You could see Manchester United wanting the player immediately because Solskjaer has no qualms about putting young players into his first team and it fits this cultural reboot strategy.”