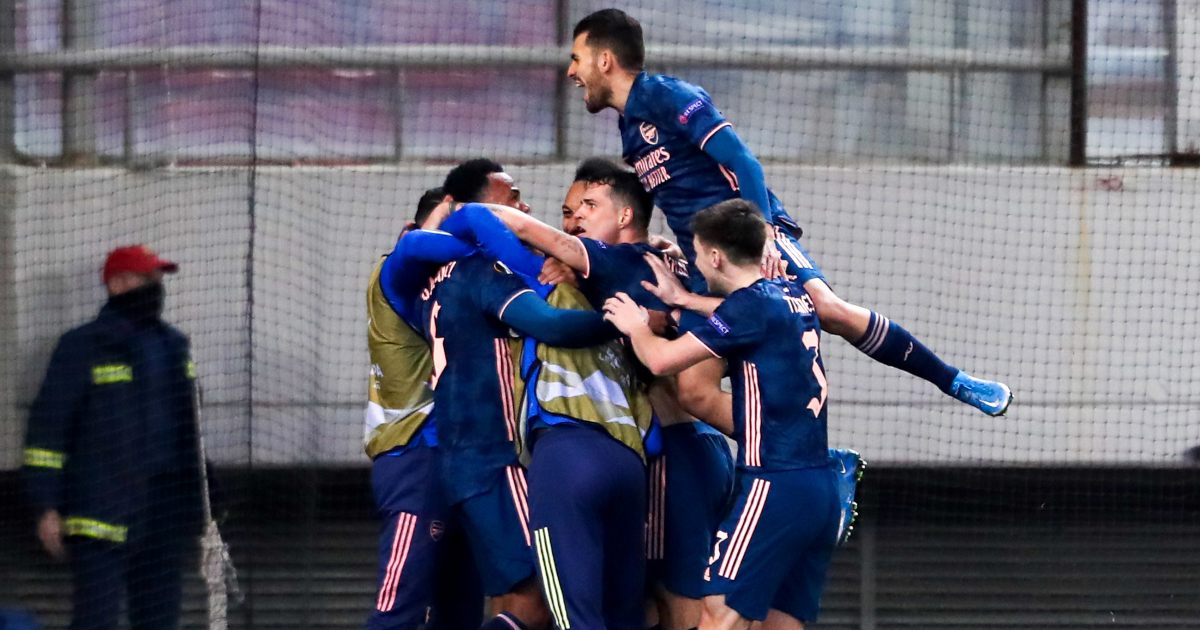 Martin Keown thinks Arsenal defender Gabriel Magalhães demonstrated what a “proper player” he was in their victory over Olympiacos on Thursday night.

The Gunners will defend a 3-1 lead at the Emirates Stadium next week and were good value for their Europa League round of 16 first leg win in Greece.

Martin Odegaard’s first Arsenal goal had them ahead only for another defensive calamity to gift Youssef El-Arabi the equaliser just before the hour.

Just like in Saturday’s draw at Burnley, Bernd Leno played the ball short and into the feet of Dani Ceballos – fresh off the bench – who was robbed of possession – allowing El-Arabi to finish past an out-of-position Leno.

Arsenal were rocked but recovered well and would hit two goals in six minutes as a Gabriel header and a fine strike from substitute Mohamed Elneny earned a good victory.

And Keown was particularly impressed by Gabriel and his powerful header to put Arsenal back in front.

Keown told BT Sport: “Gabriel is a proper central defender. The power, the finish… this is a proper player. Olympiacos are sloppy defensively but it’s a hell of a leap from Gabriel.

“It’s a powerful header, he wants to take charge and makes things happen. That goal changed the tie.”

Odegaard, who is on loan from Real Madrid until the end of the season, hailed the mentality of Mikel Arteta’s men.

Odegaard said: “It is a big win for us, a great result with three goals away from home and win in this competition is always good.

“I wanted to get a shot on goal, luckily I had a good hit and it went in. I have felt at home since the first day, I am happy to be here and feel great.

“It is just half time. We have to keep going. We have a big game on Saturday and then have to be ready for next Thursday. It is very important, we are not where we want to be in the league so this is very important for us and a chance to get Champions League football next year.”