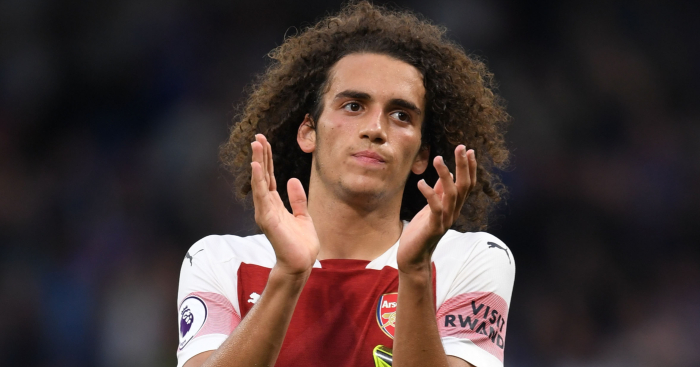 Arsenal’s latest offer for Ghanaian midfielder Thomas Partey has been rejected by Atletico Madrid, according to reports from Get French Football News.

The London club are thought to have offered €25 million plus Matteo Guendouzi in exchange for Partey, who has also attracted interest from Manchester United.

The offer is Arsenal’s second in recent weeks. They previously offered Atletico €25 million for the midfielder but had to come back with a revised proposal after the Spanish club swiftly rejected the deal.

Atletico are not keen to let their player go on the cheap and are holding out for the right price.

Guendouzi, meanwhile, has been a bit-part player at the Emirates since the restart and could have played his last game for the Gunners.

Despite showing impressive potential, Guendouzi was sidelined following his behaviour in the 2-1 loss against Brighton back in June.

The Arsenal player supposedly taunted opponents about the wage difference between them before putting his hands around Neal Maupay’s neck at full-time.

Following his fallout with Arsenal manager Mikel Arteta, the Frenchman revealed that he wants to leave the Emirates. La Liga giants Barcelona and Real Madrid are both thought to be interested.

Partey has been a dominant force in the Spanish club’s midfield since breaking into the first team in 2015.

He’s scored four goals in 46 games for the club this season and is expected to line up for their Champions League quarter-final against RB Leipzig next month.

Partey’s teammate Kieran Trippier recently fuelled transfer rumours by stating that the Ghanaian would ‘fit in perfectly’ with the style of the Premier League.