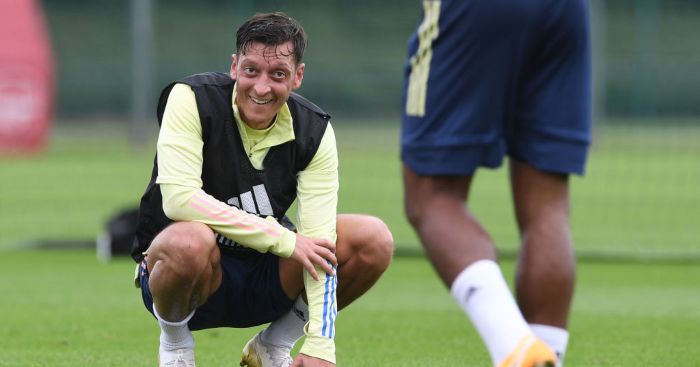 Arsenal playmaker Mesut Ozil will not be included in Mikel Arteta’s 25-man Premier League squad, according to reports.

The German is the highest paid player in Arsenal’s history and the fact he has been ostracised has been something of a mystery.

He played in every Premier League game under Arteta until the season was halted due to the coronavirus pandemic earlier this year – and has not featured for Arsenal since.

There have been rumours he could still leave Arsenal with Saudi Arabia one mooted destination.

However, Goal and other widespread reports now claim that Ozil ‘will not be included’ in the Gunners’ Premier League squad which had to be submitted by this afternoon.

That seems to indicate the likelihood that the German has played his final match for Arsenal with no prospect of him playing a league match until February at the earliest.

The 32-year-old was left out of their Europa League squad and now ‘Ozil and centre-back Sokratis have been informed they will not make the squad’ for the Premier League.

When asked if Ozil would make the Premier League list, Arteta said last week: “He wasn’t the only one who was not in the Europa League squad.

“It is a difficult decision for me to make because to leave players out of the squad, where they know they cannot get involved, is tough.

“I don’t like it at all, but unfortunately the decision has to be made because we have an excess of foreign players.”