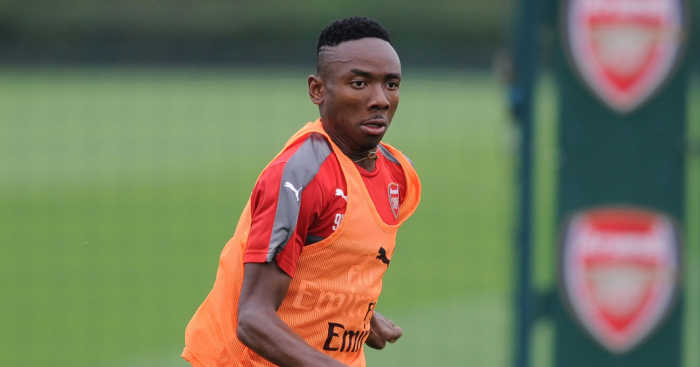 Arsenal midfielder Kelechi Nwakali will spend next season on loan at Porto.

Nigerian-born Nwakali, 20, joined the Gunners during the summer of 2016 and was sent on loan to Dutch side MVV Maastricht.

Nwakali remained in Holland last season with a loan spell at Eredivisie side VVV Venlo.

Arsenal confirmed the move in a short statement on Thursday.

Speaking to the Porto official website, Nwakali intends to make the most of his opportunity.

“My main goal is to develop, improve my qualities and the other aspects I know I need to correct to grow in the way I play,” he said.

“I think FC Porto is the right place to evolve as a player. There are good players, young people, and I think I’ll grow up here.”

Arsenal are also reported to be on the verge of finalising a deal for 16-year-old left-back Joel Lopez, who recently made it clear he would be leaving Barcelona.

New head coach Unai Emery is set to take the senior squad on a pre-season tour of Singapore, which will include Germany playmaker Mesut Ozil as well as Mohamed Elneny and Alex Iwobi following their break after the World Cup.

Arsenal fly out on July 22 and will face Europa League holders Atletico Madrid as well as Emery’s former club Paris St Germain as part of the International Champions Cup.