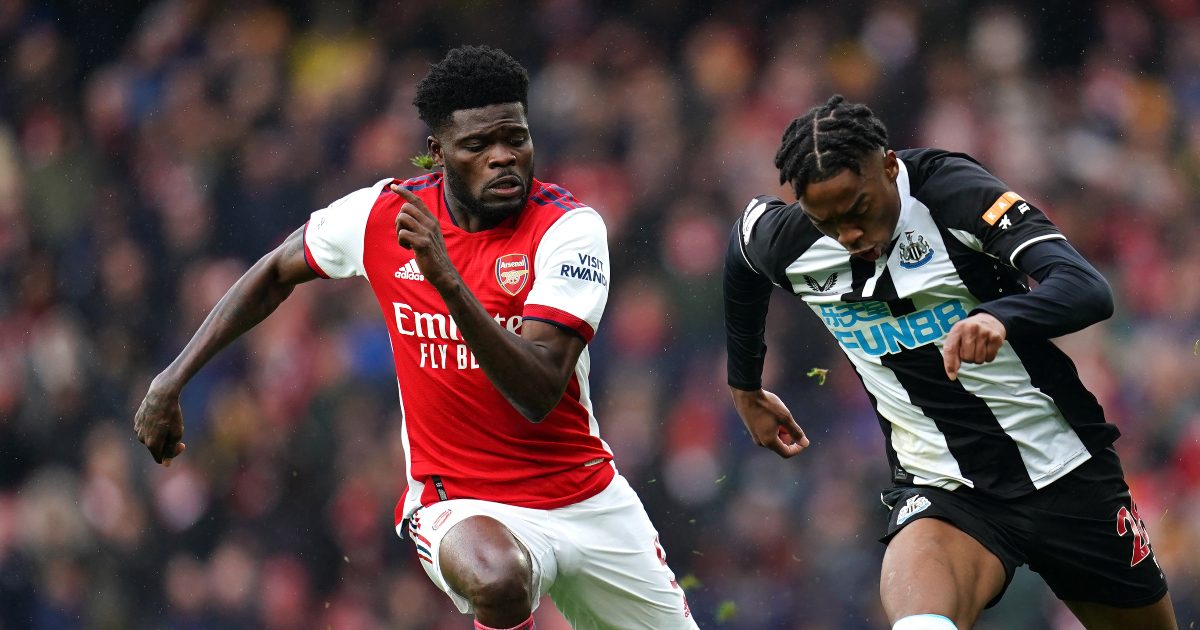 Arsenal midfielder Thomas Partey has acknowledged that he can “do more” for the club as he has harshly rated his performances so far this season.

The Ghanian international joined the Gunners on deadline day ahead of the 2020/21 campaign.

Arsenal activated his release clause as they signed him from Atletico Madrid for around £45m.

Partey impressed in fits and starts last season as he dealt with injuries. He featured 36 times across all competitions.

The midfielder has missed the start of the 2021/22 campaign due to an ankle injury. He has featured in all but one of Arsenal’s last eleven Premier League games.

The North Londoners face Everton on Monday night. Partey has told Sky Sports that he knows he can “really hurt” other teams:

“I give myself four [out of 10], because there are moments I can really hurt the other team but there are also moments where I allow myself to lose focus and that’s when everything goes down.

“This is when you realise that you have to get better.”

Partey played the full 90 minutes as Arsenal lost 3-2 against Man United last week. He went onto acknowledge that he was not at his best at Old Trafford:

“From the start [of the Manchester United game] I had a couple of moments where I gave two balls away and someone watching on TV from home or in the stadium, it is normal that they see this,” Partey added.

“At the end, I have to be happy with some moments, I have to learn from the bad parts and try to do better. I think they demanded more and personally I know I can give more. I have to keep working and at the end I will get the results.”

Speaking earlier this year, Kevin Campbell suggested that Brighton’s Yves Bissouma would be the “ideal partner” for Partey:

“Bissouma, for me, he is the ideal partner in there for Thomas Partey,” Campbell told Highbury Squad.

“He is combative, he is a lot better on the ball than people give him credit for, the kid can play.

“He is young, he knows the Premier League, he is tough, he tracks back, he puts the tackles in, he is box-to-box. If you need him to, he can hold. That’s my guy.”