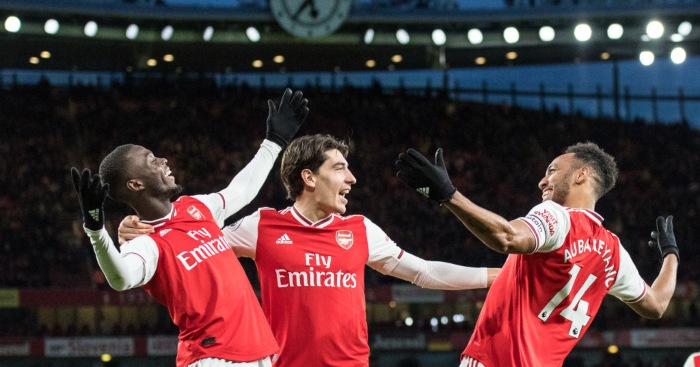 Arsenal’s improvement is very vague. The benefits of Mikel Arteta’s arrival are revealing themselves sporadically and with such little effect on the league table that they don’t really have any proper definition. There is no way of labelling that progress and yet, on the basis of everything tangible, it is still distinctly real.

Arteta inherited a confused team without any defining characteristics and a squad which was less than harmonious. Within months of him beginning work, most of those issues have been cured. While there are a few players who have fallen foul of him – most notably and recently Matteo Guendouzi – the difference now is that being in opposition to the manager is to be isolated and alone, and on the wrong side of the line.

Under Emery, Arsenal were prone to great sulks. One self-inflicted wound within a game might often become two or three. They looked like an unhappy side. A team full of players who never wanted to take any responsibility for what was happening around them.

Guendouzi’s temporary banishment is possibly telling in that regard. Whatever his virtues as a midfielder, nobody made more hollow gestures than he did, nobody pointed a finger quicker at his teammates. Arteta banished him from the Newcastle game after seeing something he didn’t like during warm-weather training in Dubai, but that brief exile might well be described as a cultural sacrifice of sorts.

Maybe Arteta needed a victim? It can’t be coincidence that he landed on Guendouzi, given his histrionics, his rhetoric, and his many, many angry faces. Whatever the case, Objective A at the Emirates is clearly to defeat some of the staples he inherited. That amounts to more than just a single, petulant midfielder, obviously, but it’s a task which – on this evidence – Arteta is well into.

The 3-2 win over Everton gave an accurate approximation of where (and what) Arsenal are. They remain a terribly flawed side and the calibre of their defending is much as it was. Dominic Calvert-Lewin finished his goal well, but it relied – at source – on familiarly lame chaos. Similarly, while Richarlison’s equaliser was opportunistic on his part, it owed a big debt to timid goalkeeping and – yet again – all sorts of indecision elsewhere.

But the difference was in the response. Back came Arsenal, determined to make amends, and playing bright and imaginative football in the process. There may have seemed nothing particularly novel in that excellent Bukayo Saka cross from which Eddie Nketiah scored, or the defence-cutting pass from David Luiz which put Pierre-Emerick Aubameyang away to score his first.  But there was, because this was a side who for the most part have not been able to find those moments of quality when they’ve been needed this season.

More generally, Arsenal have been victims of a game’s tone. It was the great irony of Emery’s reign: he arrived promising that he’d make them a protagonist, but left having turned them into the most subservient ‘big’ team in the country. More often than not, that meant that adversity was terminal. A bounce of the ball, perhaps, or a mistake; under Emery, Arsenal were never able to summon the technical class to overcome those little issues. They weren’t able to break free of a game’s pattern and so, as a result, whenever there was even the hint of a bad result, one would usually follow.

Sunday broke that trend. The root of such change is always difficult to identify, but it must be the same as whatever’s instructing the other trace improvements. The body language and camaraderie of the players, for instance, or the way the forwards work in support of the players behind them. Individually, these are tiny details which are barely worth mentioning. Together, though, they seem descriptive of a changing mood – with these game-changing moments of expression providing further testimony.

It’s a flawed Arsenal still. Deeply, clearly and obviously so. But it’s a freer team and one which does now seem in a form of proper recovery.