Ozil is eyeing a ‘sporty comeback’ but Arteta's comments don't sound too promising for the 31-year-old. 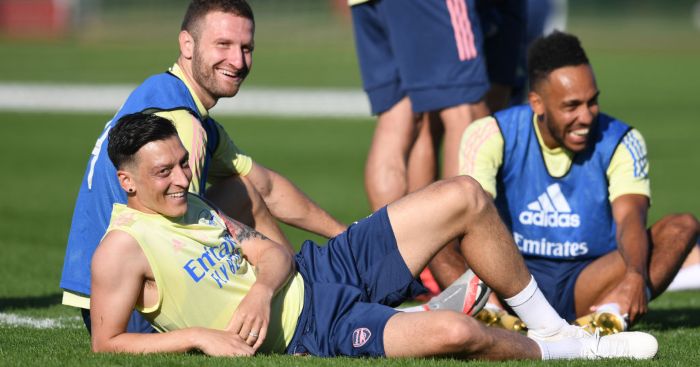 Mikel Arteta says there are no guarantees that Mesut Ozil will play for Arsenal again amid reports of a bid from Turkish side Fenerbahce.

Ozil has yet to kick a ball since the Premier League season resumed in June and it now appears that the writing could be on the wall for him at Arsenal.

Sky Sports reporter Bryan Swanson asked Arteta: “In terms of Mesut Ozil… Is there definitely a way back for him? Can we expect to see him playing for Arsenal again?”

To which the Arsenal boss replied: “I don’t know. He’s training with the team and he’s available for selection so we will make the decision on a daily basis.”

When asked whether Ozil will play again, Arteta added: “No because I have to select him and I have 24 players in this squad and at the moment he is not being selected but we will see what happens for he next game.”

Pushed on whether he will be selected before the end of the season, Arteta continued: “He has the same chances as everybody else.”

A report in Bild (via Sport Witness) claims that Ozil has options if he wants to leave with the German publication saying that Ozil ‘had an offer’ from Fenerbahce.

However, they claim it was rejected by the German who is happy to stay at Arsenal where he reportedly earns just under €25m per season.

Ozil is eyeing a ‘sporty comeback’ but Arteta’s comments don’t sound too promising for the 31-year-old.