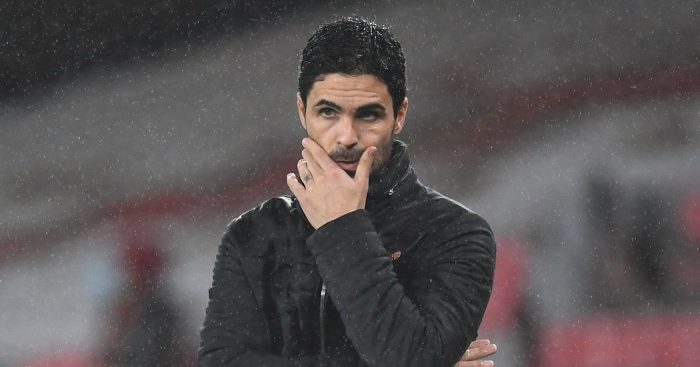 Willian’s trip to Dubai during the international break has been dealt with by the club, confirms Mikel Arteta.

The forward was left unselected for Brazil’s recent international fixtures and responded by heading to the Emirate city-state, with his trip coming to light after a photograph of the 32-year-old standing next to internet chef ‘Salt Bae’ appeared on Instagram, reports the Mail Online.

Current government coronavirus guidelines restrict all international travel ‘except in limited circumstances’,  but, when asked about the situation, the Gunners boss was characteristically coy emphasising that the issue was “internal”.

He did, however, reveal that he had spoken to Willian on the matter.

“I don’t confirm anything, that only it is an issue that has been resolved, explained and let’s move on,” he said.

“Whatever happens internally with any issues, or things that we don’t expect, always we will try them internally. That has been dealt with and explained, and we move on.”

Arsenal return to Premier League action on Sunday, heading to Elland Road to face Leeds, but the Spaniard refused to let slip if Willian would lose his place in the matchday squad.

Instead, Arteta encouraged empathy for the Brazilian – who is enjoying his first season with the North London club – before reiterating that the matter had been dealt with.

“There are a lot of personal factors at the moment and as well from our side we need to be in their shoes.

“A lot of players are having different issues, like any public person out there, and sometimes they make decisions based on the needs or the moment or what people are expecting from them.

“Whether they are right or wrong, after obviously it is a thing we have to discuss. But, again, it has been dealt in the right way and let’s move on.”

Arsenal may be unable to afford Willian’s absence on Sunday after Sead Kolasinac and Mohamed Elneny tested positive for coronavirus while on international duty.