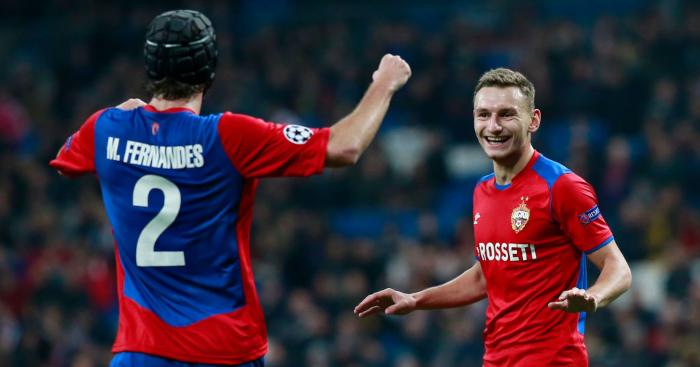 Premier League side Arsenal are interested in CSKA Moscow striker Fedor Chalov, according to reports.

Chalov, who has come through the youth system at CSKA, was the club’s leading scorer in the Russian top-flight last campaign with 15 goals.

The 21-year-old has played for Russia at every youth level before finally making his senior debut against Belgium in March and now has two caps.

And now his impressive season for CSKA has turned heads across Europe as Sky Sports claim that Arsenal ‘are one of a number of top clubs monitoring’ Chalov.

The report adds that Monaco and Sevilla are understood to be interested following the youngster’s impressive form.

Chalov scored in his side’s impressive Champions League group stage victory over Real Madrid in the Bernabeu, while he also bagged against the Gunners when they met in the Europa League quarter-finals.

Pierre-Emerick Aubameyang and Alexandre Lacazette were in fine form for Arsenal this season, scoring 35 in the Premier League between them, meaning a place in the side would be hard to come by for Chalov.