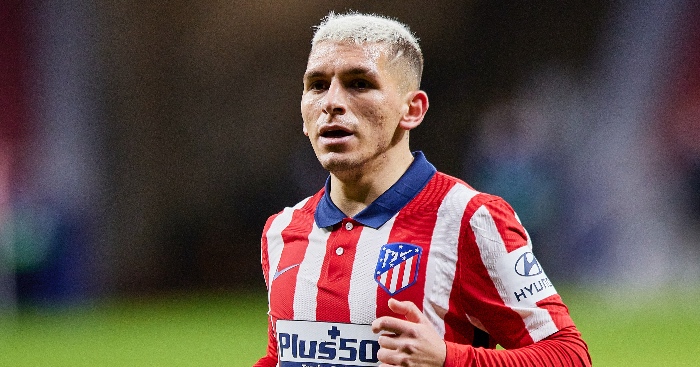 Arsenal are ‘monitoring’ the situation of Atletico Madrid loanee Lucas Torreira, according to boss Mikel Arteta.

Torreira is being linked with another loan move this month after falling out of favour in the Spanish capital.

He hasn’t played a full 90 minutes in La Liga since the first match of the season.

Monaco is now one potential destination for the midfielder.

They are believed to have started negotiations with Arsenal over a loan move until the end of the campaign.

When asked about Torreira, Arteta said: “We have been talking to Lucas, [technical director] Edu has been very close to the situation. He hasn’t been playing as many minutes as he would like, as we would like, but to be fair the team is doing so well in Spain. It is understandable they don’t change the team so much.

“We just want to be right behind Lucas, protect him, help him make the right decisions for the future, so let’s see what happens.

“But we are monitoring the situation very closely. I don’t know. At the moment he’s going to stay at Atletico, that’s my belief and I don’t know if that is going to change in the next two or three days.”

Torreira is behind the likes of Saul Niguez and Koke in the pecking order under Diego Simeone.

The 24-year-old was brought on for just five minutes in Atletico’s recent win against Valencia.

His career at the Emirates looks set to be over following the arrival of Thomas Partey in the summer.

Torreira featured 29 times for Arsenal last season as the Gunners finished eighth in the Premier League.

He’s never lived up to his potential or fully justified the £26 million fee which Arsenal paid for him.