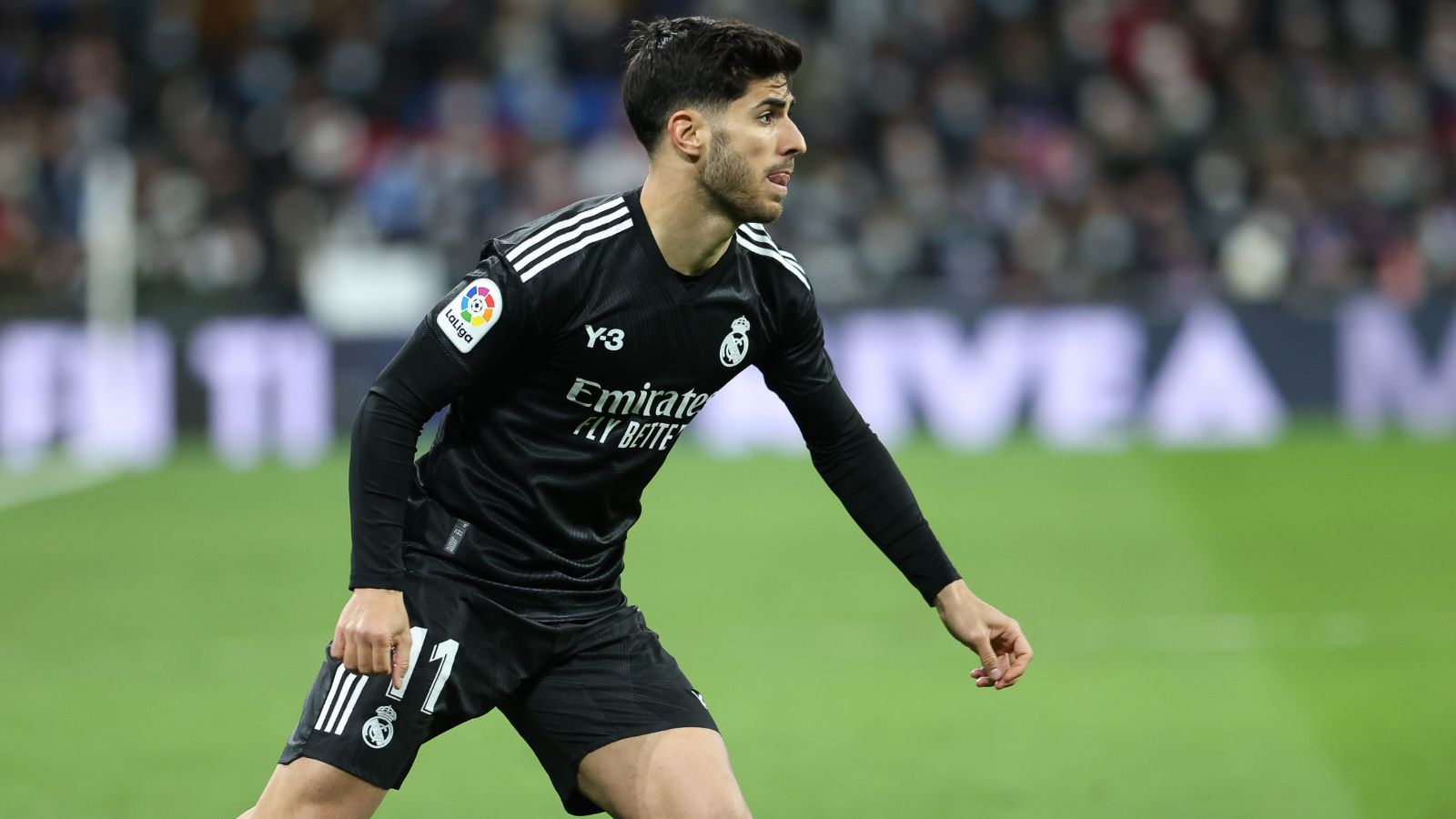 According to reports, Arsenal are the club ‘most interested’ in signing Marco Asensio from Real Madrid this summer.

Earlier this week, it was revealed that Asensio ‘was aware’ of Arsenal’s interest in him. The player is valued at £36m by transfermarkt.

Asensio signed for Real Madrid in 2014 from their Spanish rivals Mallorca. He has played over 150 times for Madrid in La Liga.

The 26-year-old has started 18 games across all competitions this term. His future is in doubt as his contract expires in 2023.

Spanish outlet Sport (via Sport Witness) are reporting that a contract renewal is on ‘stand by’. This comes as Real Madrid are plotting moves for the likes of Kylian Mbappe and Erling Haaland.

If his contract is not extended, Madrid ‘will open the door’ to Asensio departing as long as they receive a ‘good offer’.

The report goes onto name Arsenal as the club ‘most interested’ in signing Asensio this summer.

Elsewhere, Arsenal manager Mikel Arteta has urged his players to switch their focus back to the Premier League following the conclusion of the international break.

The Gunners are favourites to finish inside in fourth ahead of Tottenham, West Ham and Manchester United.

Arteta has now expressed his duty to “refocus” his squad after many players returned from international duty.

“I will have them all today so just try to refocus them,” he said (via Football London). “When they go to international duties they’re asked do different things and have different roles. So now we have to make sure that everybody is fine.

“The majority had really good experiences and scored some great goals as well. Really sad for Mo Elneny because it’s the second time.”

The Spaniard provided an update on Bukayo Saka, who tested positive for Covid-19 last week, Takehiro Tomiyasu and Aaron Ramsdale.

“Bukayo is feeling good. He’s training today hopefully and Aaron it’s a doubt. He hasn’t trained yet so we don’t know what he’ll be able to do on Monday.

“I think he [Tomiyasu] will be close. He’s been training more and more. He’ll be joining some sessions this week so let’s see how his injury is.

“He had a recurring injury but in the other calf which was strange and difficult to predict. He’s been through a lot in the last two years with the amount of games he’s played and Covid. Hopefully we can find the reason so it doesn’t happen again.”