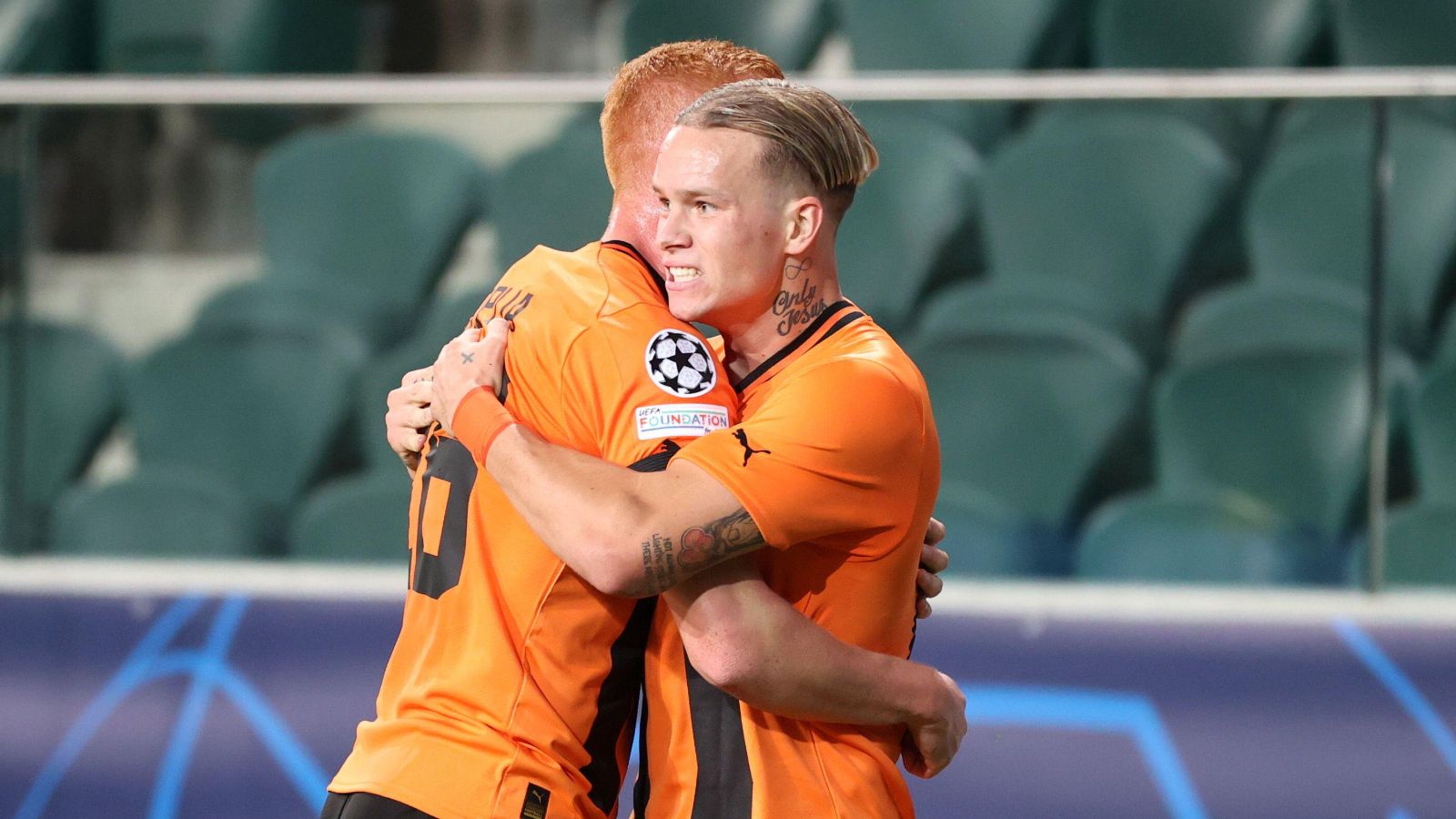 Arsenal and Jose Mourinho’s AS Roma are reportedly the two teams who ‘stand above the rest’ in the race to sign Shakhtar Donestk star Mykhaylo Mudryk.

The winger is on track to earn himself a move to one of the elite clubs in Europe within the next year or two.

The 21-year-old has been one of the breakout stars in the early stages of the Champions League this season.

Mudryk failed to make an impact in two games against Real Madrid, but he grabbed two goals and two assists as Shakhtar picked up four points in games against RB Leipzig and Celtic.

The Ukraine international has also shone in the Premier Liga in recent weeks as he has been involved in 12 goals overall in ten outings across all competitions.

He is already attracting the interest of clubs around Europe and Arsenal are understood to be in the running to secure his services.

Spanish outlet Fichajes are now reporting that it is Arsenal and AS Roma who ‘stand above the rest’ of the candidates for his signature.

Roma are unlikely to get him as it is said that they are only ‘willing to offer close to 30 million euros’. It is claimed that this offer would be ‘flatly rejected’ by the Ukrainian side.

Shakhtar are aware that they can get a ‘much bigger deal’ for Mudryk next summer if he continues to shine for the rest of this season.

It is therefore believed that they will ‘ask for at least 50 million to let their big star go’.

If Arsenal fends off competition to sign Mudryk, their manager Mikel Arteta will likely ask a lot of him.

Bukayo Saka started against PSV in midweek in the Europa League. In an attempt to defend this decision, Arteta insisted that he wants his star players to be “ruthless every three days”.

“Look at the top players in the world, they play 70 matches, every three days and make the difference and win the game,” Arteta said.

“You want to be at the top, you have to be able to do that. And if we start to put something different in the mind of a young player, I think we are making a huge mistake because then [he would] be like ‘no, I don’t play now, on astroturf I don’t play’.

“I don’t want that. I want them to be ruthless every three days. I want them knocking on my door (saying) ‘I want to play, I want to win the game’.

“There is no fitness coach in the world that is going to tell me that they cannot do it, because I’ve seen it. 72 games and scored 50 goals.

“The players that score 50 goals do not play 38 games in the season, it’s just impossible.”