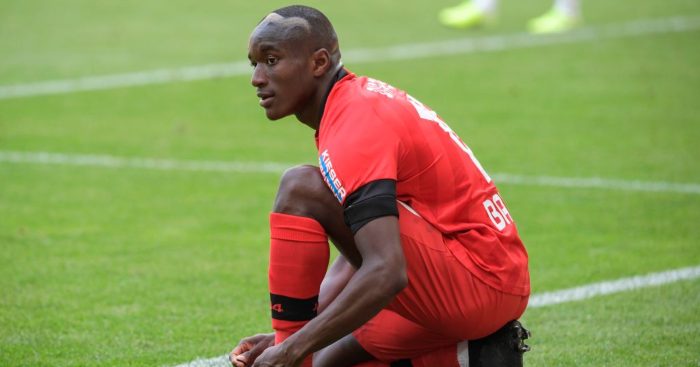 Reports in Spain claim that Arsenal have opened talks with Bayer Leverkusen in an attempt to sign Moussa Diaby.

France Under-21 international Diaby has enjoyed a successful first season in the Bundesliga, scoring four goals and adding five assists in 21 appearances – and recorded two assists in Leverkusen’s first game back from the break.

With Arsenal at risk of losing Pierre-Emerick Aubameyang and Alexandre Lacazette this summer, they will need to be on the lookout for attacking reinforcements, and Diaby has come to their attention.

According to Todofichajes, Arsenal have begun negotiating with Leverkusen over the future of the winger, but he won’t necessarily come on the cheap. It is claimed that the German club want to double their money on Diaby, whom they paid €15m for last summer.

It is suggested that Arsenal could insert a player of their own into the deal to reach the €30m asking price, although no player is mentioned specifically.

Diaby, who came through the ranks at his hometown club Paris Saint-Germain, remains under contract with Leverkusen until 2024.

While Diaby tends to play on the left wing rather than centrally, his acquisition could help soften the blow of a potential departure for star strikers Aubameyang or Lacazette.