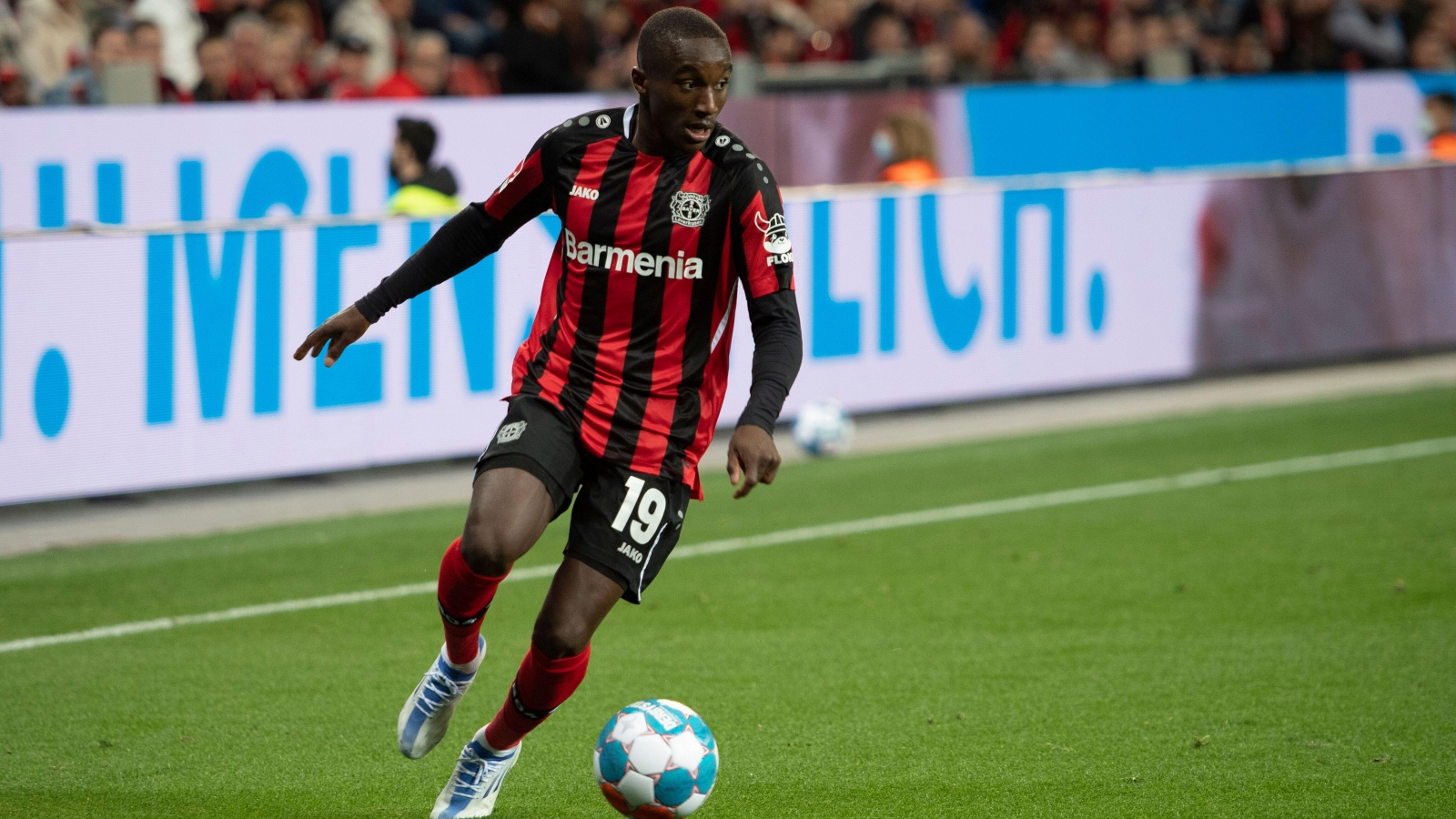 Arsenal will make a move for Bayer Leverkusen winger Moussa Diaby if they finish in the top four this season, according to reports.

The Gunners are currently fourth in the Premier League and in pole position to finish in the Champions League places above arch-rivals Tottenham.

The north London derby takes place on May 12 in what could be the deciding match in the race to qualify for Europe’s elite competition.

Whether they qualify for the Champions League or Europa League, Arsenal are bound to be busy in the summer transfer window.

Alexandre Lacazette and Eddie Nketiah are both out of contract at the end of 2021/22, meaning at least one new striker is expected to be brought in by Mikel Arteta.

With Nicolas Pepe reportedly surplus to requirements as he continues to struggle to justify his hefty £72m transfer fee, space for a new winger could open up.

And according to SportBILD (via Football London), the Gunners are interested in signing Leverkusen’s star man, Diaby.

🗞 Arsenal are making ‘serious efforts’ to land Bayer Leverkusen winger Moussa Diaby. The 22-year-old has 16 goals and 13 assists for the German club this season. They would command a fee in the region of €75m, reports @SPORTBILD. pic.twitter.com/yncfPkpFe2

The French attacker has been terrific this campaign. He has scored 16 goals and provided 13 assists across all competitions for the Bundesliga outfit.

West Ham, Liverpool and Manchester United have also been linked with Diaby – whose Leverkusen contract expires in 2025.

The 22-year-old fits the criteria for Arsenal with the Premier League club adopting a transfer strategy of signing young, promising players.

It is believed that clubs will need to put a whopping €100million (£84m) on the table in order to tempt Bayer into selling their talisman.

The price tag ‘hasn’t deterred’ the Gunners, who ‘will look to conclude a deal’ if Arteta brings Champions League football back to the Emirates.

The report adds that Diaby is hoping to push the asking price down to €75m (£63m).